The Guardian show abortion reality - or do they? 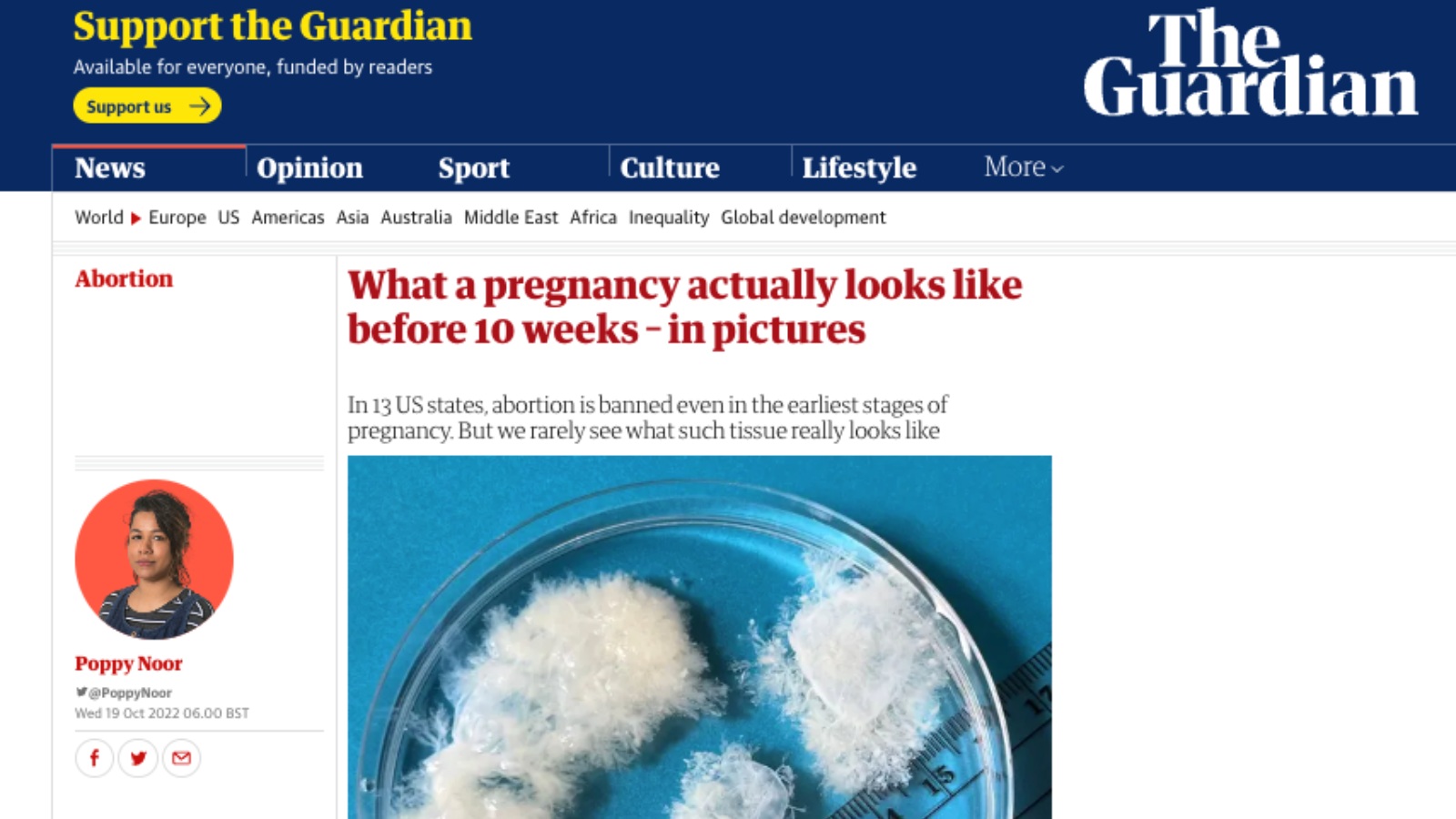 Did you see this article from The Guardian?

It claims to show what pregnancy and "abortion" really look like.

Even for The Guardian, this was a new low. Their source literally whitewashed "abortion" in a bid to "normalise" it, obscuring the humanity of the baby and the violence of the procedure.

Already outraged parents of miscarried babies have fought back to say that the reality is nothing like what is being claimed here.

What's been particularly disturbing is how many young people we've been meeting on the streets during our public education work who have seen this article and completely latched onto it as the truth.

We've even had people accusing us of showing fake imagery as a result!

Christian Hacking joins me on my About Abortion Podcast, to analyse the article - tracing the sources of the images back to a pro-abortion project in the United States. What's fascinating is that The Guardian are using precisely the same tactics as 19th-century pro-slavery cartoonist Cruikshank; he created fake images to beautify a genocide too.

Listen to us unpack what's going on in and behind this highly propagandised article:

It all goes to show just how powerful imagery is - whether false or true - in changing hearts and minds.

Can you help us to get the truth out there to counter these lethal lies?

Join the Movement to expose abortion where you live.