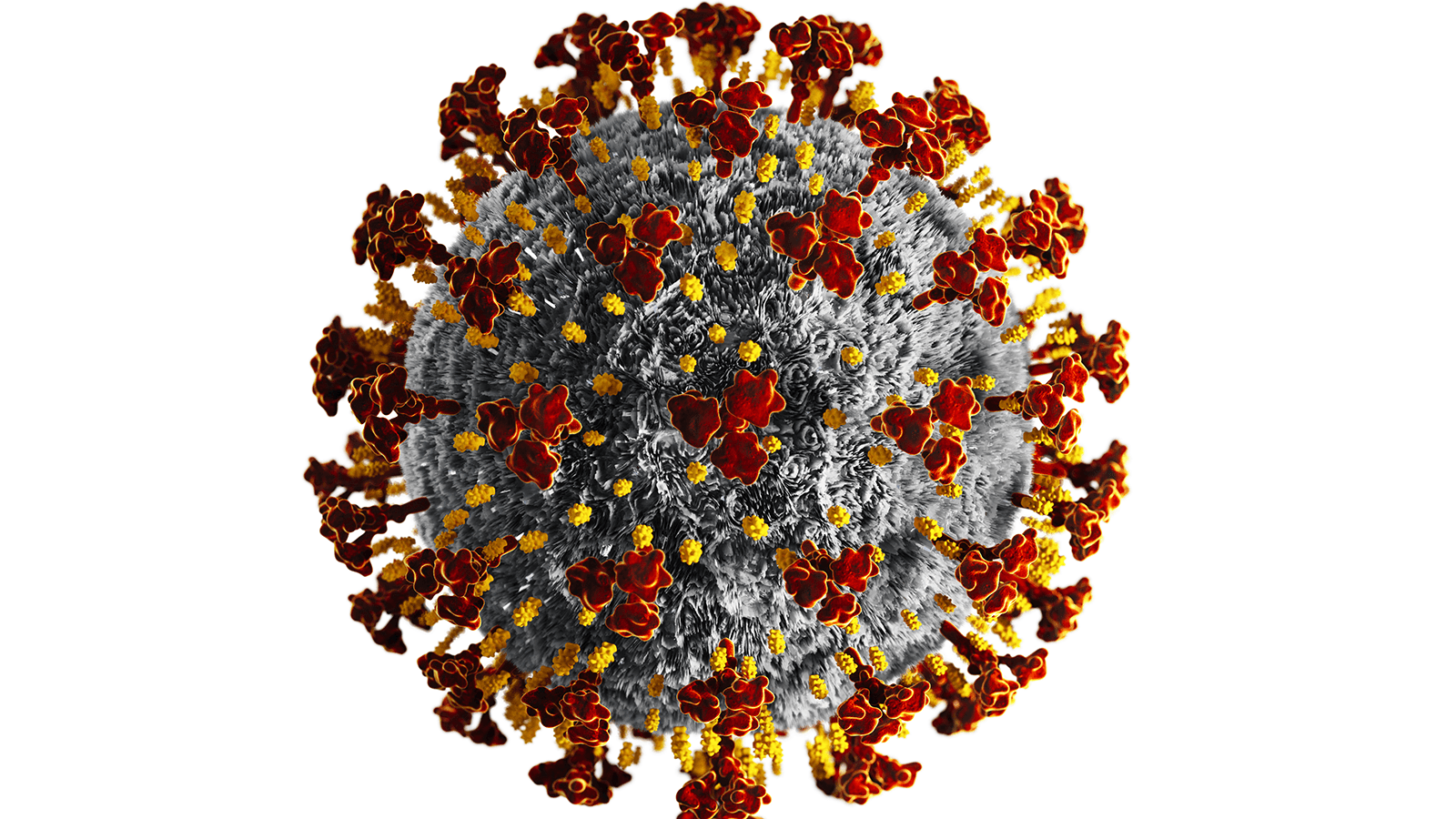 You adulterous people, don't you know that friendship with the world means enmity against God? Therefore, anyone who chooses to be a friend of the world becomes an enemy of God. James 4:4

We are of course called to love our neighbour as ourselves, to be true “friends” to all people. But “friendship with the world” is something else, and something we need to be very wary of.

It is not loving the people of this world that is wrong: it is loving the “things” of this world. Worldly desires, worldly ambitions, worldly thinking, worldly idols. And it is wanting the world to love us back too – because comfort and popularity, polar opposites of persecution for the sake of Christ, are among the things held by the world in high esteem.

One of the most disabling errors of Western Christianity today is that we suppose that we are only loving people properly if we find that they are all loving us back. Very few loved Jesus back: was his love deficient?

Friendship with the world has a twin: the fear of man.

And I’m using the word “prophet” here to signal in particular someone who will stand and speak against the currents of the world. (These currents will be found both within God’s people and without.)

This is not an exhaustive definition of a prophet; confrontation is not the prophet’s only role. But it is, perhaps, the prophet’s distinguishing feature or at least, as I shall be trying to argue, the feature that we have airbrushed out of modern Christianity.

I am not talking here about people who receive to themselves the title or position of “prophet” (some may even use a capital “P”!), but rather I am focusing on the function or the action of speaking prophetically into (against?) the culture – be that the culture of the Church or the culture of wider society.

Inasmuch as a prophet, put most simply, speaks the very words of God: anyone who claims to speak authentically for God must be prophetic, must confront, because the gospel always confronts, always divides, is always catastrophic – even as it brings new life.

So what we are really talking about here is being an authentic mouthpiece for God.

No-one wants to be that.

Why? Because to be that means to forsake, to forgo, friendship with the world.

What has this to do with coronavirus?

In my last post I considered how it is this temptation towards friendship with the world that has censored us from speaking about certain issues like abortion, whilst we quickly scramble to rehash all our words and actions when faced with coronavirus.

The culture tells us what we should and shouldn’t be talking about. The very fact of our response to corona (in the absence of any response to abortion, for example) reveals that we look to the culture for permission for our programmes.

Here I want to consider the nature of our response to corona itself and see what this might tell us.

There is, at least at face value, an overlap. Some things belong in both circles: we all agree that we should look out for our neighbours, obey the Government guidelines, try to stay safe and mentally healthy.

It is not difficult for churches and other Christian voices to harp on these things. Friendship with the world is satisfied – and we think that God is happy with us too. We suppose that we have found a comfortable fence to sit on, where no-one takes offence. We can have it both ways.

Only that James 4:4 and 1 John 2:15-17 tell us that there is no fence. Friendship with the world is enmity against God (did you read that??): we have to choose one side or the other. There is no fence; there is a slippery slope.

I know from my own sinful experience that toying with man-pleasing virtue-signalling is subtly but highly addictive. Before you know it, it has a hold on you, it’s controlling everything that you say and do.

We like to imagine that by saying the same things, we are building rapport and bringing people closer to the kingdom. In fact, we are the ones being influenced. We’ll find ourselves keeping quiet about things that live in the left-hand side of our Venn diagram, if we want to stay “in” with the “in” crowd. At the same time we’ll find ourselves drawn further and further into the right-hand side of the diagram where God’s pleasure is suddenly nowhere to be found.

An example of this today, stimulated by the coronavirus, is to be found in our attitudes to the NHS.

Should we be thankful for all the good that doctors and nurses are doing? Absolutely. That’s right in the middle of our Venn diagram.

Should we hero-worship them, and uncritically celebrate the NHS in its entirety, as has become not only very popular but a strong nationwide expectation?

“The NHS expresses everything that is best in what has made this country what it is. It expresses our Christian values…it expresses the values of people of faith and no faith. It is a place of hope and giving. Thank you NHS. Let us applaud the NHS.”

So spake the Archbishop of Canterbury. He has also said that NHS workers (including those who are not following Jesus) are “doing what God calls them to do”; he has also said that it is when we behold the NHS that we understand that “love and service are what leadership looks like”.

It is beginning to sound like the NHS is the fulfilment of all that Christ prophesied.

Even the kind of uncritical appreciation that stops short of idolatry needs to be questioned. The NHS, for all the good it does, also intentionally kills 200,000 (1 in 4) human babies every year. A veritable genocide. Is that part of “everything that is best in…this country”? Does that “express our Christian values”?

If not, why praise the NHS wholesale, repeatedly, but never once speak out against abortion?

But they mingled with the nations And learned their practices, And served their idols, Which became a snare to them. They even sacrificed their sons and their daughters to false gods… Psalm 106:35-37

Welby has chosen friendship with the world in refusing to criticise the NHS – even when they are committing genocidal child sacrifice. “Let us applaud the NHS.”

He is not alone in slipping into this side of the Venn diagram. Countless leading voices have jumped on the bandwagon, honking their horns for the health service – but where can anyone be found calling out the colossal bloodshed, which is advancing all the more aggressively now under the cover of the coronavirus crisis? Or who will even simply warn against the spiritual dangers of putting our trust in health workers and organisations instead of in Christ?

The culture doesn’t need us to point out that the 99-year-old man who raised £23m for the NHS is charming and admirable –they already know it. What the culture does need us to do is to identify idols, expose sins, and proclaim Jesus – the things that no-one else will do. But these are the very things that we often shrink from.

The world is crying out for hope. By parroting the culture, we withhold from them the very truth of the gospel that they so desperately need.

Ideological goal-hangers, we tap in someone else’s shot with a flurry of Christianity-light, perhaps slapping some Christianese jargon on top (“radical love”, “stewardship”, “environmental justice”, “creation care”), and we call this cultural engagement. Do we expect to be thanked for that?

We agree with everything, disagree with nothing, and become irrelevant. A Non-Prophet Organisation.

“Choose for yourselves this day whom you will serve…” Joshua 24:15

Mercifully there have been some exceptions (we’ll consider some of these in our third and final post). But for huge swathes of the Church, this crisis is exposing what we’re made of and the results are troubling.

Crises are times of judgment, and “it is time for judgment to begin with the household of God” (1 Peter 4:17). If we find that at a time like this – even at a time like this­ – what drives us (at least in part) is fear of man instead of fear of God, let us thank God that he is graciously revealing that to us now and let us quickly mend our ways.

A Non-Prophet profits none.