DIY Home Abortions - What is the Government Thinking! 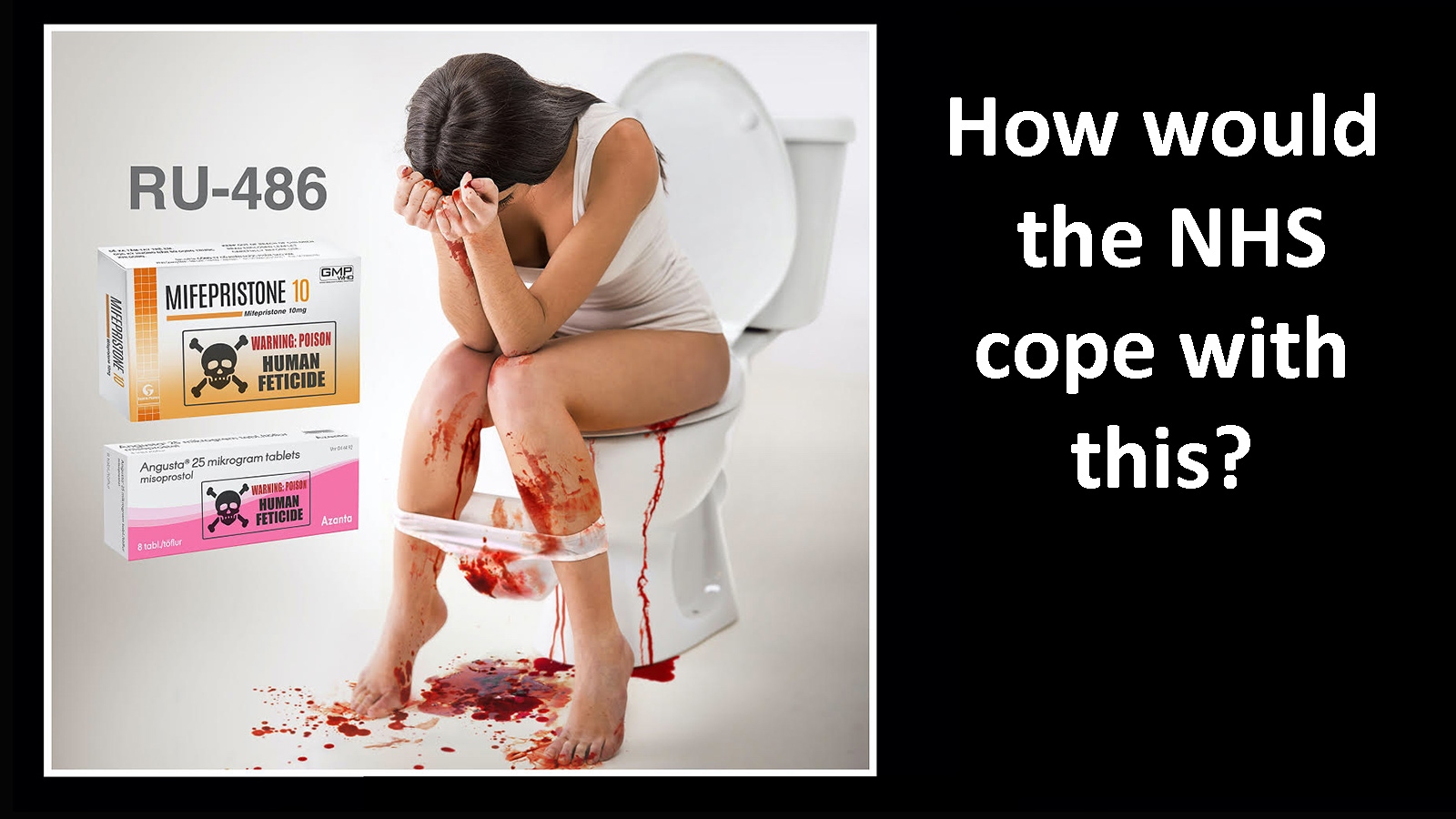 Normally, the first pill must be taken at a registered clinic or hospital after a physical examination and a scan to confirm dates, as well as to check if the baby is developing in the uterus, so ruling out an ectopic pregnancy. The woman would normally be seen on her own to try to ensure that there is no pressure from anyone on her to have an abortion. These vital checks will now be bypassed with just a Tele-med consultation.

Once the pills are received by the woman, they could be given to anyone! This rushed through, ill-considered change in the abortion law is horrific and further endangers the wellbeing of the most vulnerable women but is indeed a gift to their abusers: sex traffickers, pimps, incestuous families and manipulative or violent men who threaten their partners to make them comply. At least with the first pill taken under medical supervision (legal requirement until last Monday 30th March) there was no chance of the pills falling into the hands of those who would use them to force a woman to have an abortion at home.

Bpas and Marie Stopes abortion providers are celebrating as they have been trying to get DIY abortions legalised for some time and pounced on this opportunity now to push unsupervised home abortions as an emergency bill, using the excuse that women might not be able to get to clinics due to the Corona virus lock down; they have won!

Normal debate, scrutiny and a vote before any new law can be passed or fundamentally changed by Parliament was disregarded, thanks to the present Corona crisis.  Shame on our government, who had previously acknowledged the dangers of rushing such a bill through Parliament, for bowing under pressure from a powerful abortion industry and the RCOG.

While nearly everyone else is afraid for their livelihoods, Bpas and Marie Stopes have secured their ever-increasing profits will go on, paid for (98% of) out of cash strapped NHS funds. We are talking millions of pounds annually!

This is not a good day for women at all, only the most avid abortion rights feminists were pushing for this change in the law as well as those who make a good living from abortion; the taking of unborn human lives.