Why is a Ban on an Anti-abortion Protester Such a Big Deal for Free Speech? 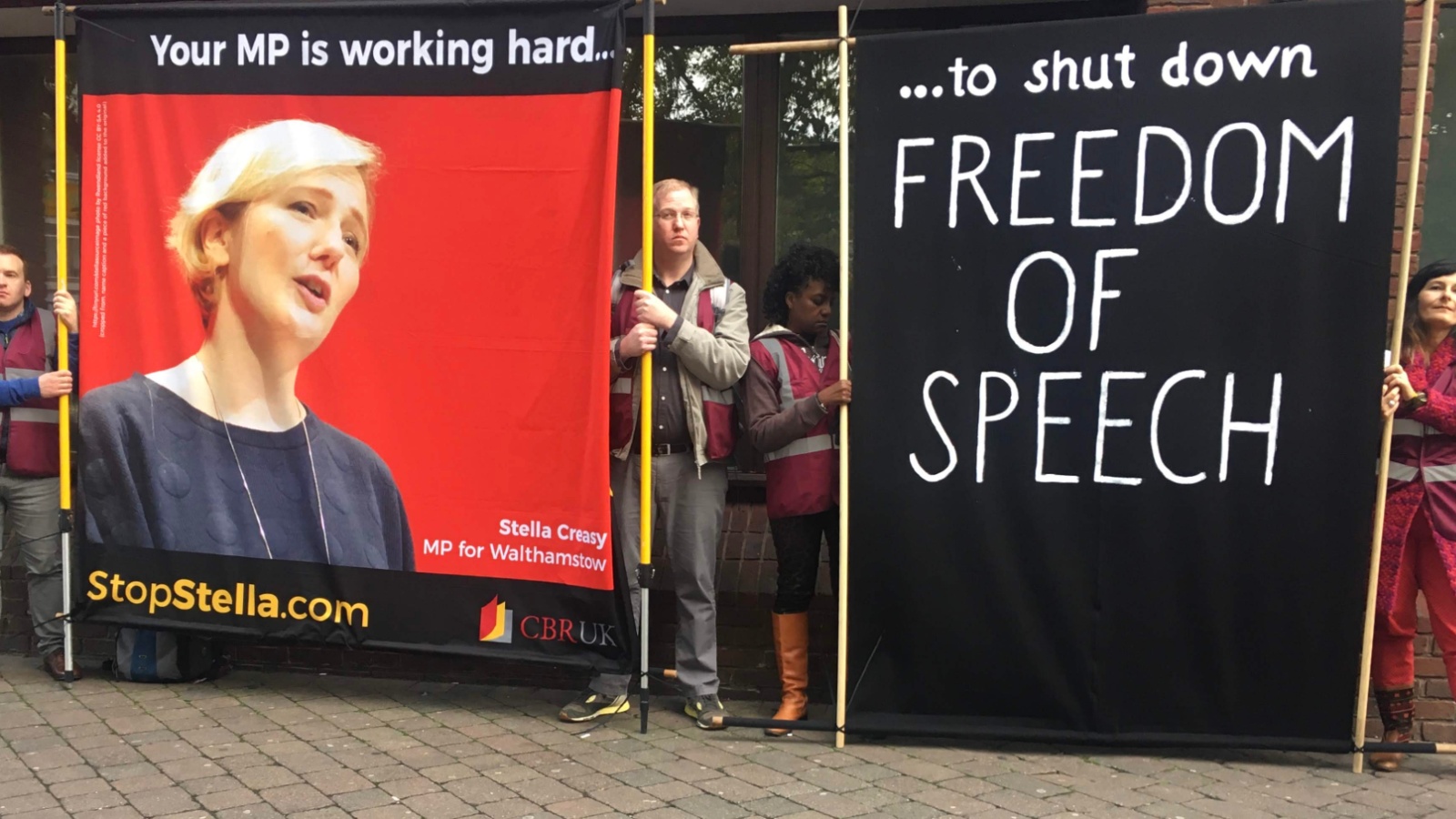 If I were to tell you of a place where you could be banned for challenging the authorities, where would you think of? Yemen, Burundi, Turkey, Iran?

Well why don’t you add Walthamstow to your list!

Yes, in October of last year a London Council took the unprecedented step of banning “displaying large images of living unborn foetuses and or aborted foetuses” anywhere in their entire borough.

Waltham Forest Council claimed such images were “unreasonable”, “persistent” and having a “detrimental effect on the quality of life of others”, even though they accurately depict what their local MP Stella Creasy supports and have already been approved in a court of law to be shown in the public square.

Just days before, Stella Creasy had demanded that Clear Channel remove a majestic image of a 9-week old fetus in utero claiming it was “crap”. The image had already been signed off by the ASA. She then took to the airways claiming CBR UK’s activity was a form of “harassment” and “intimidation” and an “illegitimate form of protest”.

A twitter army was rallied, emotional speeches were made, and political pundits lamented the toxic treatment of MP’s. Yet all this did was distract from the fact that an MP, using her local Council as proxy, had successfully managed to ban a peaceful group from boldly displaying information that ran in the face of her public policy.

Whether you happen to agree with the rights of unborn children or not, this matter should be of grave concern to anyone who understands the importance of free speech in both informing public opinion and holding power to account.

If this CPN is not appealed it will give unprecedented power, allowing those in authority to define who can criticise them and how they may peacefully do so. It also gives credence to the false notion that if something is upsetting it must be prevented or banned by a nanny council.

And nanny council Waltham Forest has proven itself to be. In 2017-2018 they issued 466 CPN’s clamping down on civil liberties, a figure greater than that of all the other London Council’s put together and the third highest in the country.  So intrusive is the culture they have created, one member of the public we spoke to on the ground about the situation refused to speak claiming, “I don’t want them knocking on my door”.

This is a bad sign in a democracy and a roadblock in the path of change.

This discomfort is increased depending on the gravity of the injustice and how close to home it occurs.  No one wants to see images of animals being maltreated by V for Vendetta masked students holding laptops, especially when you only popped out to get some milk, but it is necessary that people know about the quality of their Nandos ½ chicken, because Nandos weren’t going to tell them.

Likewise, no one wants to be confronted by images of Falun Kong devotees having their organs harvested involuntarily, or Palestinian children with bullet holes through their tiny torso’s or the graphic details of sexual abuse covered up by a government office.  But so long as these people are linked to us through commerce, politics, religion, region or sheer humanity, we must be informed whether we like it or not. Not for our benefit - but to prevent harm to them.

Justice is never spontaneous, and institutions that benefit from cruelty will never relinquish it voluntarily. More than that, they go to great lengths to defend it.  What we saw in Walthamstow was just that. As one political commentator observed:

"If launching a campaign designed to persuade an MP to change her mind constitutes ‘harassment’ or ‘bullying’, and if it means that the full weight of the authorities will be brought to bear on 'offenders’, then we’re all in trouble….If Stella Creasy desires power without accountability, she is in the wrong job."

That is why the common citizen must be endowed with powers and rights to hold institutions to account, peacefully and without limitation, so that authority can be held to account and justice achieved.

What is at stake in this weeks trial is not simply the rights of a tiny anti abortion group to display graphic images in a London Borough, but most fundamentally the right to hold power to account anywhere in the UK.