A pro-life campaigner is to appear in court this Wednesday 26 February to appeal an anti-social behaviour injunction which was demanded by pro-abortion MP, Stella Creasy, for challenging her extreme policies on abortion.

Christian Hacking, 29, an employee of Centre for Bio-Ethical Reform UK (CBRUK) who launched the #Stopstella campaign, was issued with a Community Protection Notice (CPN) on 3 October 2019 by Waltham Forest Council for showing pictures of abortion in the MP’s constituency.

In response to the campaign, MP Stella Creasy demanded the police and local council intervene to prevent Mr Hacking and local volunteers from publicly criticising her extreme abortion proposals in Walthamstow.

The CPN issued to Mr Hacking, dubbed a ‘new ASBO’, is thought to be the first borough-wide restriction on displaying the medically approved images of unborn and aborted babies. Breaching the notice is a criminal offence.

Waltham Forest Council claimed that the images were responsible for “unreasonable behaviour that was persistent in nature” and having “a detrimental effect on the quality of life of others.”

Yet despite pressure from Stella Creasy, the Metropolitan Police took no action against the group as they said no crime had been committed.

CBR UK, has used the images throughout London and the UK without any staff member or volunteer being issued with a CPN before.

In 2012, the founders of CBR UK were arrested in Brighton for displaying the same images.  A judge found them not guilty of causing any offence, stating: ‘I am not satisfied…that these images are ‘threatening, abusive or insulting’. In subsequent civil court proceedings, both were awarded £40,000 in damages.

Supported by the Christian Legal Centre, Mr Hacking is now set to appeal the notice in what is expected to be a dramatic hearing on the 26 and 27 February at Stratford Magistrates Court.

Lawyers will argue in court that everyone has the right to freedom of expression. This right shall include freedom to hold opinions and to receive and share information and ideas without interference by public authority.

Offers to debate were ignored

Stella Creasy is one of the most vocal activists in the House of Commons for liberalising abortion across the UK. She has been particularly active pushing liberalised laws on Northern Ireland.

To achieve this, she has sought to overturn sections 58 and 59 of the Offences Against the Person Act, which would all but remove the few remaining protections of unborn children.

Mr Hacking had written to Stella Creasy and asked to meet to discuss her policies, but had been repeatedly ignored.

Left with no alternative but to challenge her policies and to raise awareness of them in her constituency, CBR UK launched a three-week campaign, called #StopStella.

Staff and local volunteers, who are trained to peacefully and respectfully engage members of the public on the abortion issue, shared leaflets and held up public education displays featuring an image of an aborted baby at 24 weeks.

The banner on display on Walthamstow High Street included a photo of Stella Creasy and an image of the tragic reality of an aborted fetus and read: ‘Your MP is working hard….to make this a human right.’

As well as the displays, a billboard advert, secured through one of the world’s biggest advertising agency, Clear Channel, went up in Walthamstow with a scientifically validated image of a 9-week living fetus.

Within 24 hours, Stella Creasy, forced Clear Channel to take down the adverts. She then addressed parliament claiming she was the ‘victim of harassment’, demanded action from the Home Secretary and pushed the police to treat the campaigners as criminals.

Misusing her public office to shut down opposition, on October 3 2019, she informed her followers that action would be taken against campaigners by Waltham Forest Council.

Staff and volunteers were immediately intimidated by a couple of pro-choice members of the public who blocked their displays and tried to prevent the banners being displayed.

Displays taken down and confiscated

Phil Connor, Antisocial Behaviour Service Delivery Manager, at Waltham Forest Council, then confronted Mr Hacking with a Community Protection Warning accusing the pro-lifers of engaging in “unreasonable behaviour which is persistent” and “having a detrimental effect on the quality of life of others.”

The written warning, issued under the Antisocial Behaviour Crime and Policing Act 2014, defined the unreasonable behaviour as: “Displaying large images of unborn and/or aborted foetuses which have caused or are likely to cause distress and/or alarm to members of the public.”

When Mr Hacking refused to take down the banners, council workers issued him with the CPN and then temporarily confiscated the displays. Mr Hacking and the group then left the area.

Stella Creasy rejoiced at the news and boasted on Instagram that as a result of CBR UK’s campaign she had raised £7,000 for an abortion charity that week.

Ahead of the hearing, Mr Hacking, said: “It is vital in a democratic society that public figures be held to account for their policies.

“We wanted to engage Stella Creasy in debate on her radical abortion policies which she was forcing through parliament, but she refused. Instead she chose to solicit the assistance of the police and council to have our displays shut down. Displays which showed the victims of her policies.

“If this CPN is upheld it will set a dangerous precedent, not only for pro-life campaigners, but anyone who seeks to criticise and oppose an elected MP in public. This case is deeply chilling for freedom of speech and expression in our society.”

In the lead up to the hearing, Stella Creasy has stated in the Sunday Times that she plans to report Mr Hacking and CBR UK to the election watchdog for failure to declare links to the Christian People’s Alliance (CPA).

In response, Mr Hacking said: “It’s true. I funded CPA leaflets in a private capacity because I believed and still believed the people of Walthamstow need to know the truth about their MP.”

Where can anyone who is against abortion protest?

Andrea Williams, chief executive of the Christian Legal Centre, said: “Christian Hacking and CBR UK have done nothing unlawful. This whole case has been caused by MP Stella Creasy crying ‘foul’ and claiming harassment after being faced with the reality of what she fights for in parliament.

“If facing the reality of abortion causes her such discomfort, then abortion protests itself.

“Groups like CBR UK have been told that protests shouldn’t be held outside abortion clinics and that they should take place in other public spaces. Now we’re being told they’re not allowed to display in the public domain.

“Where exactly is anyone who wants to stand against the killing of a child in the womb allowed the freedom to protest?

“Since abortion became possible in 1967 there have been over 9 million abortions. That is a legalised, silent holocaust, which Christian Hacking and his colleagues were lawfully, peacefully and courageously campaigning on.

“We are determined to fight for justice in this case.” 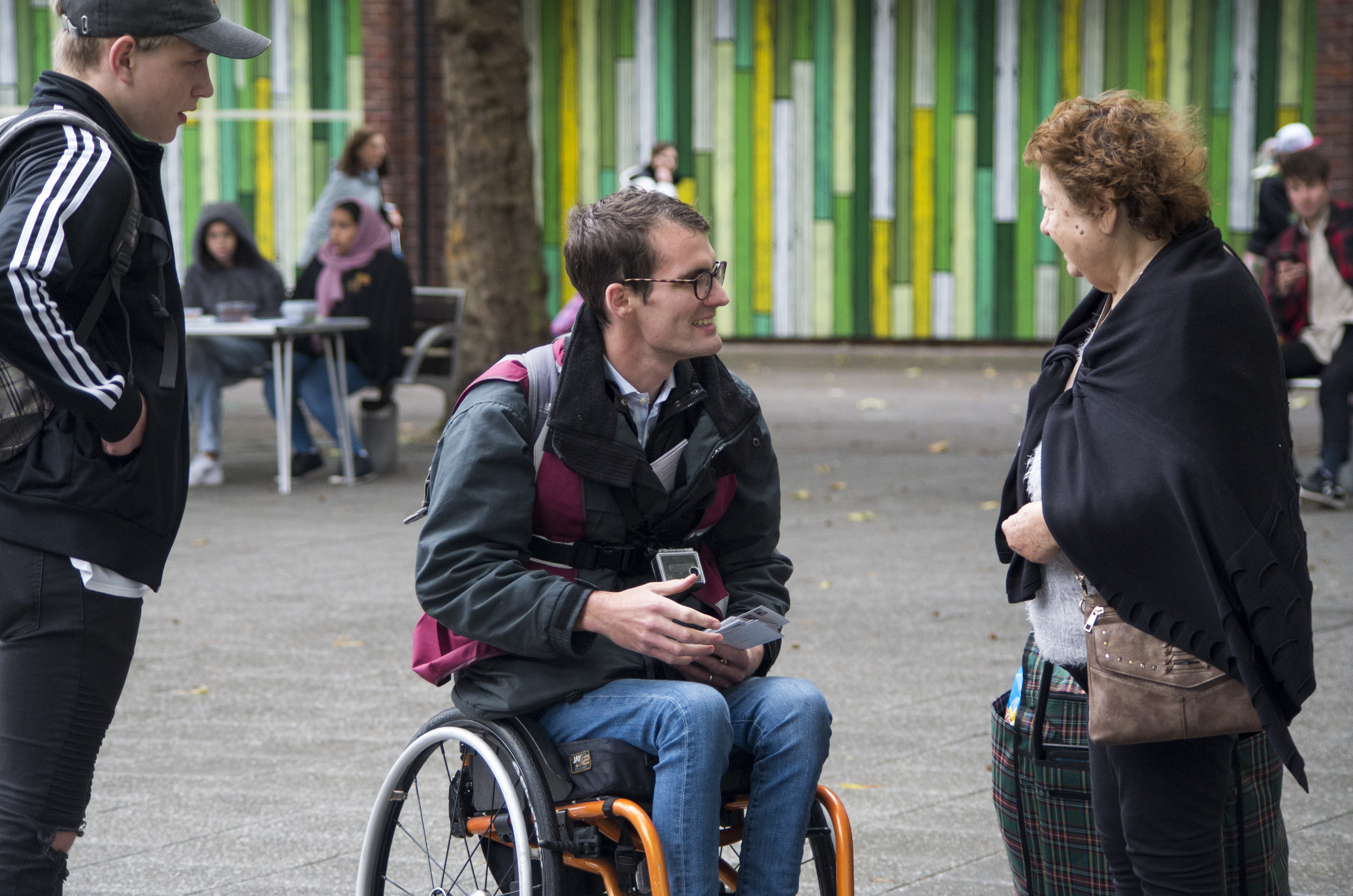 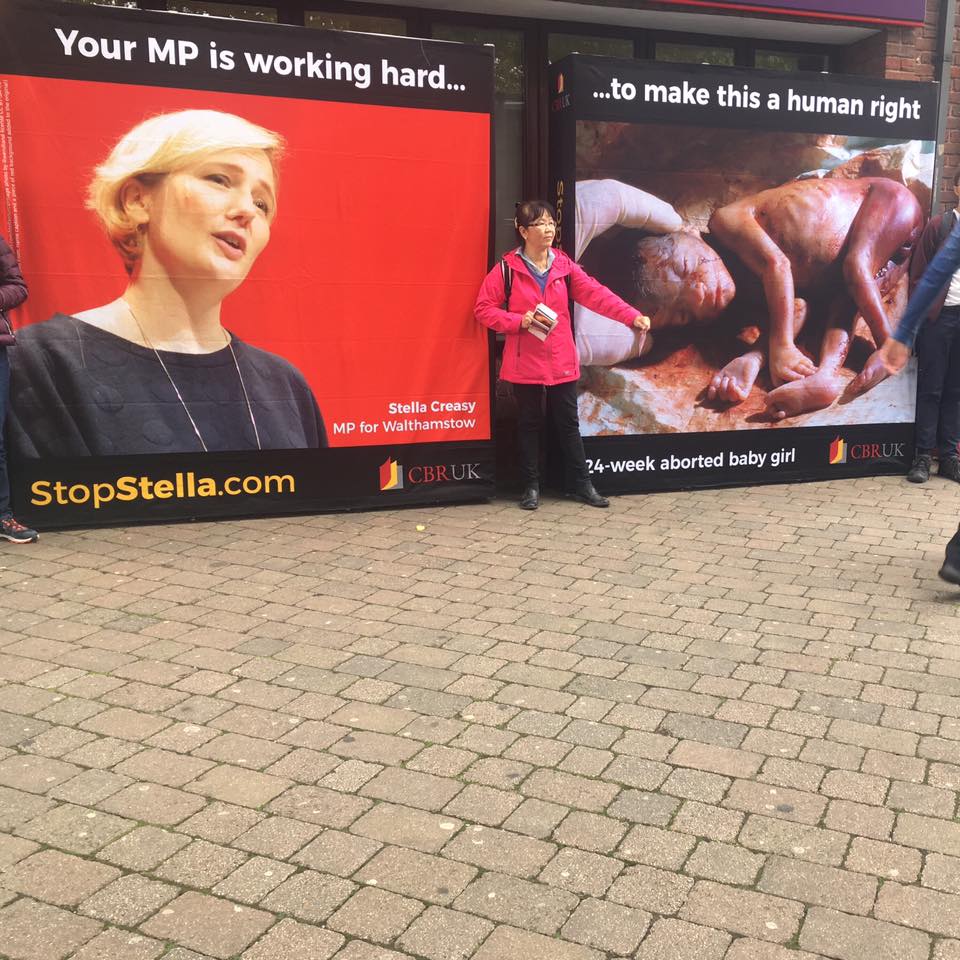 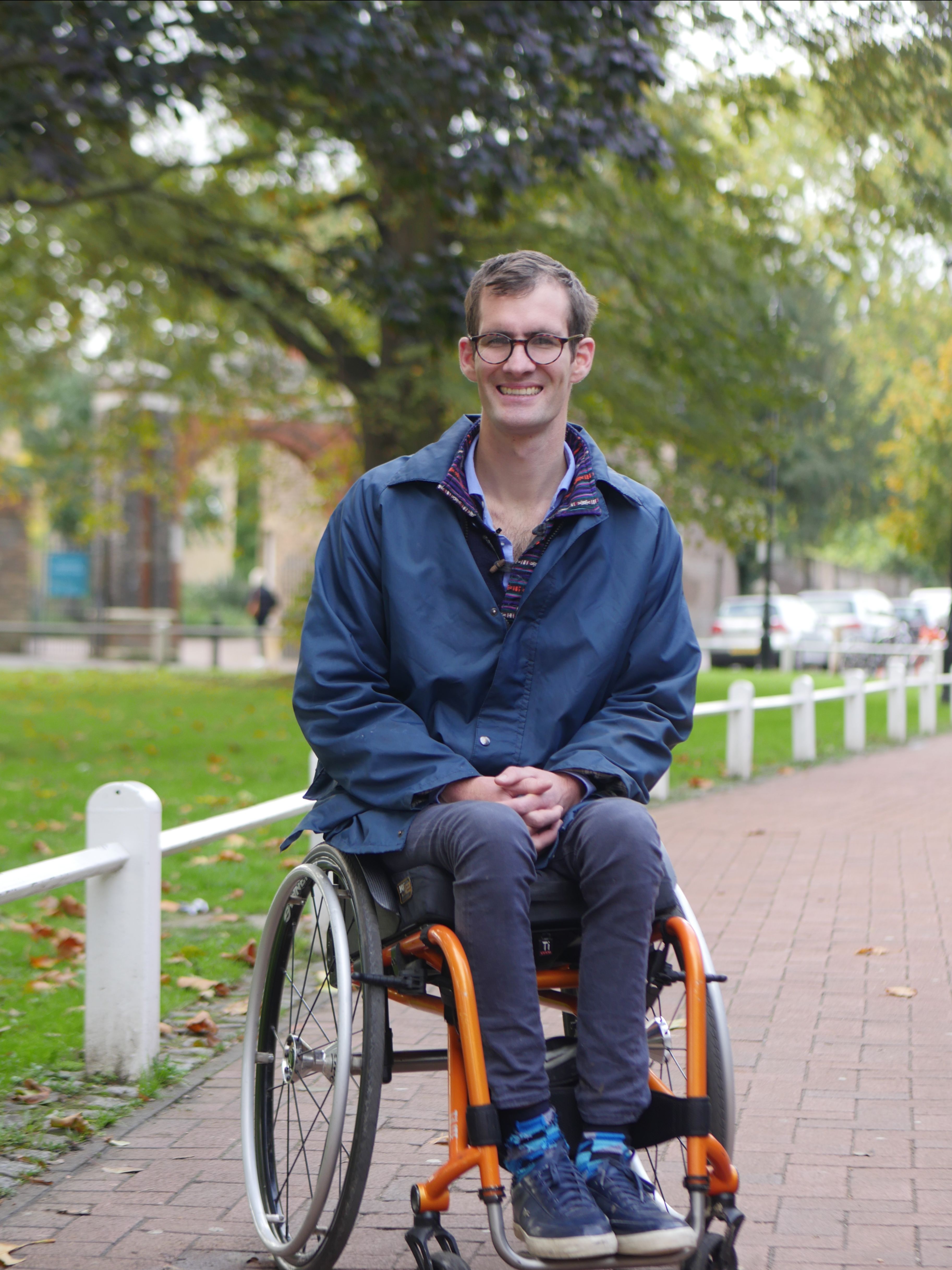