What is going on in this amazing cell image? 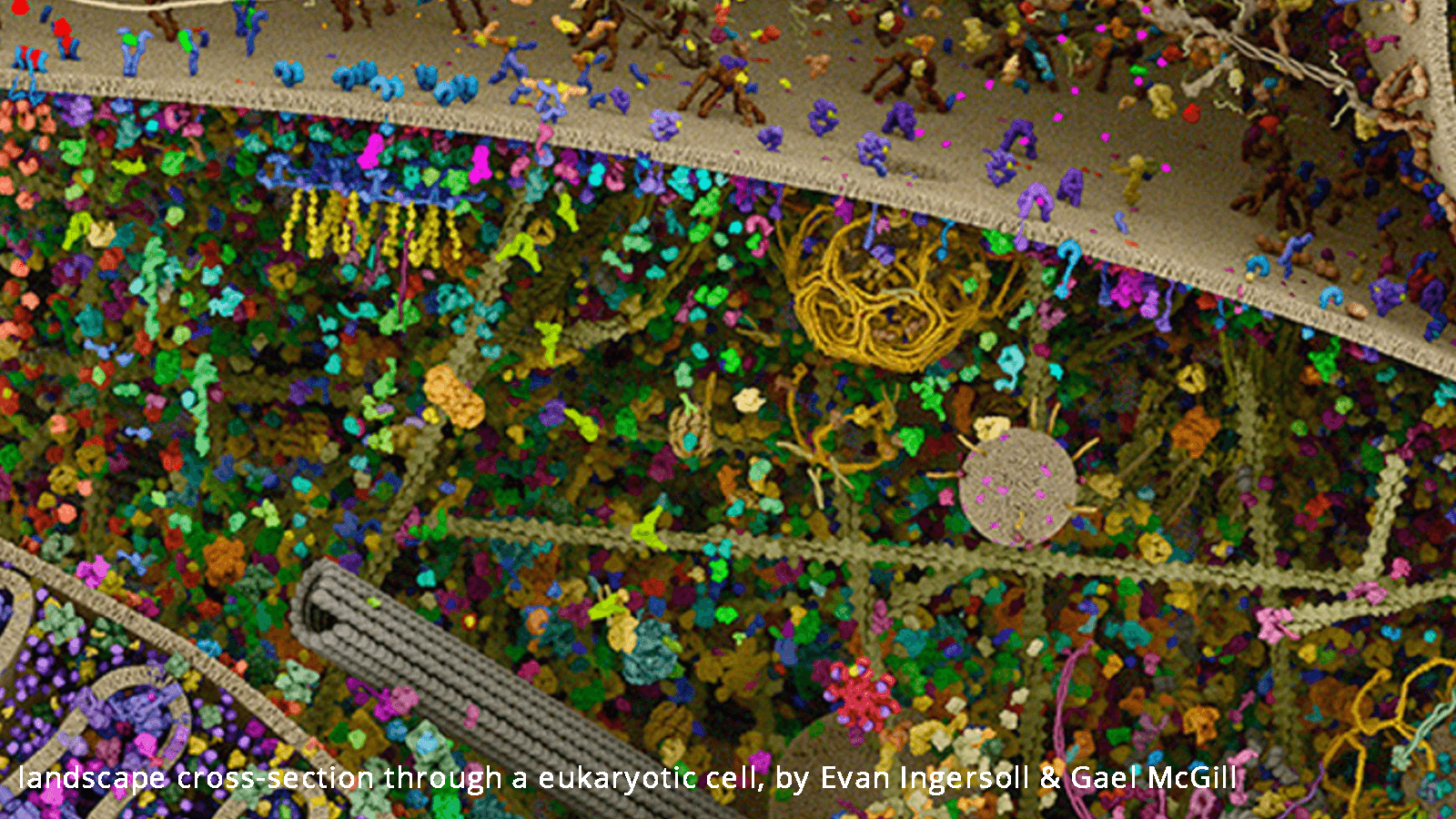 This is the most detailed model of a human cell to date, obtained using x-ray, NMR and cryoelectron microscopy datasets.

At first glance it looks like a bird’s eye view of a futuristic city or perhaps some sort of Indian festival of colours.

In reality it is the most detailed model of a human cell yet created.

It was published by Mahjabin Noroozi, a researcher at Stanford University (USA), in November of last year, and has not stopped causing wonder and awe online since. It has recently been doing the rounds in the UK.

“I am the Universe. The Universe is inside of me.”

I’m not sure I’d go as far as that! But I can see where this person is coming from, and I can certainly see why everyone is so keen to share it.

To think, every one of the billions of cells that make up our human bodies functions like a mini city! It's mind boggling!

Well, in order to increase your sense of wonder and worship allow me to take a brief moment to explain what each of the main structures visible does and how they work together:

Let us start with the mitochondrion (purple thing far left). This is the power source for the cell. It churns out energy using a careful mix of sugar and oxygen (stored in smaller more complex molecules). This gives power to the rest of the cell, including to the curly wurly thing at the bottom right, also known as the rough endoplasmic reticulum (RER). This receives spiralled genetic code from the nucleus (the blue thing at the bottom, which I’ll come to in a bit), and uses it to create and package protein which it then transports around and outside the cell on carefully laid tracks known as microtubules (the long grey tube like things).

Unlike our city infrastructure, that is in a constant fight against gravity and suffers faults and fatigues on a regular basis. This infrastructure runs 24 hours a day with gravity defying efficiency, supported by the strong actin beams you see criss crossing the structure. It even has the ability to replicate itself perfectly, not just once but again and again and again!!!

As for controlling its borders...

This cell city has it covered thanks to two things.

Firstly, due to its tightly weaved cell membrane visible around the top of the picture which has little antenna proteins all over it, designed - among other things - to accept friend and repel foe, and secondly due to an amazing intercom system it has set up between cells (middle right). Considering my BT landline has 6 wires, and that is considered high spec (normally it’s three). This cell has 16 connector proteins in total.

Where is this all controlled from?

Well, the brain centre of a cell is the nucleus, visible only as the big blue structure at the bottom of the picture. This centre contains all the unique genetic coding for the entire animal that, if it was stretched out would be around 2 metres long. It also has a special checkpoint called nuclear pores (the big yellow bubble things built into the wall) that allow for carefully controlled transport of molecules in and out of the nuclear membrane. Stuff life mRNA, that goes to the RER to make protein for growth and repair ect.

For the clever clogs who want to know more about the cell, the following website has labelled every single protein in the model (although it is surprisingly unhelpful at pointing out the larger structures. Perhaps they assume we should know already).

How does all this relate to the unborn?

Well, if staring at this mini city can make us pause in awe and wonder - that is here today and might be dandruff tomorrow - how much more should we be stunned and silenced when we see before us, not just a conglomoration of millions of mini city cells working in harmony, but more importantly the unique person whom they collaborate to form.

If this image makes us think a little more deeply about dandruff, how much more should it make us think about mankind in general; about who we are, where we came from, and where we are going? 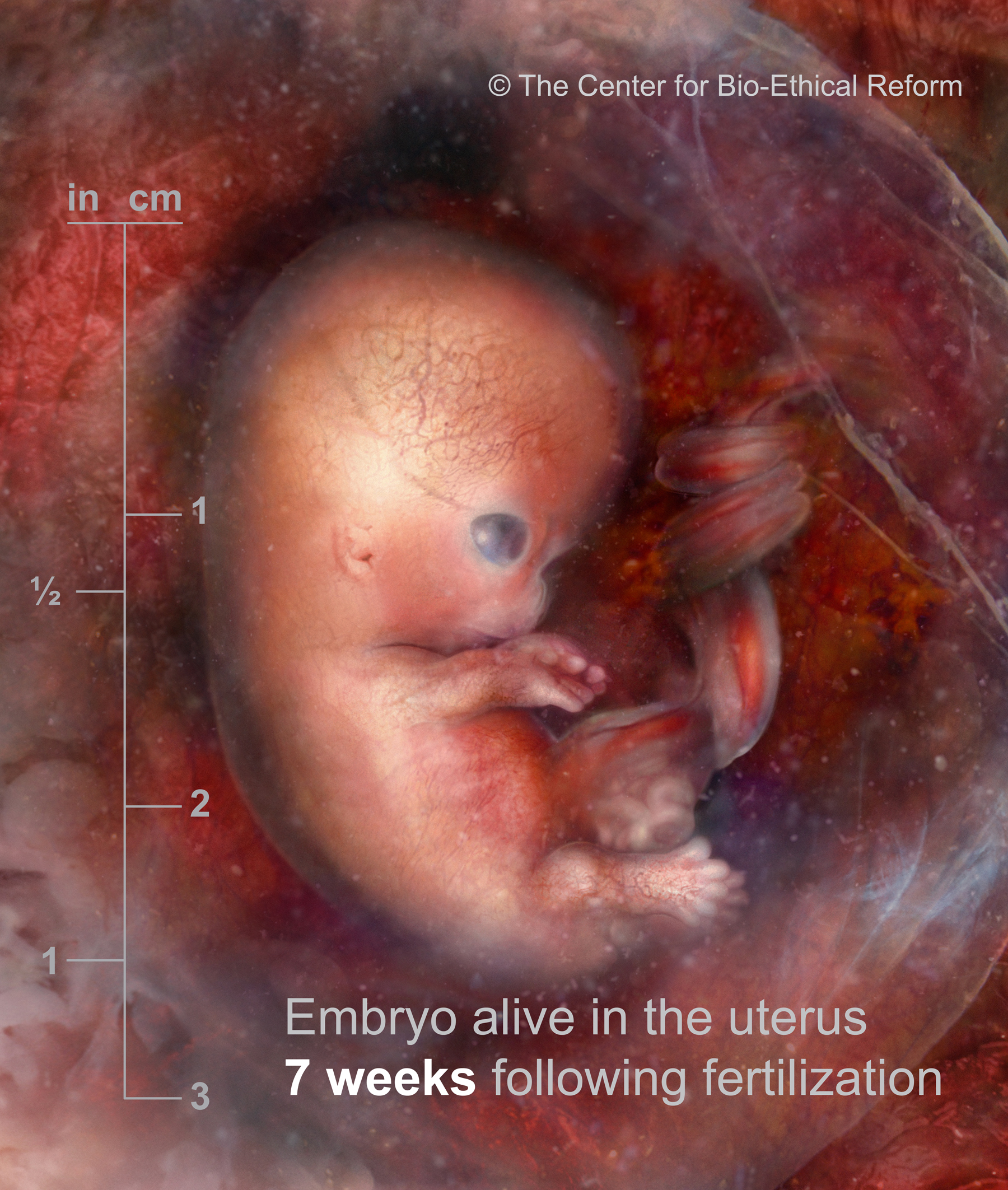