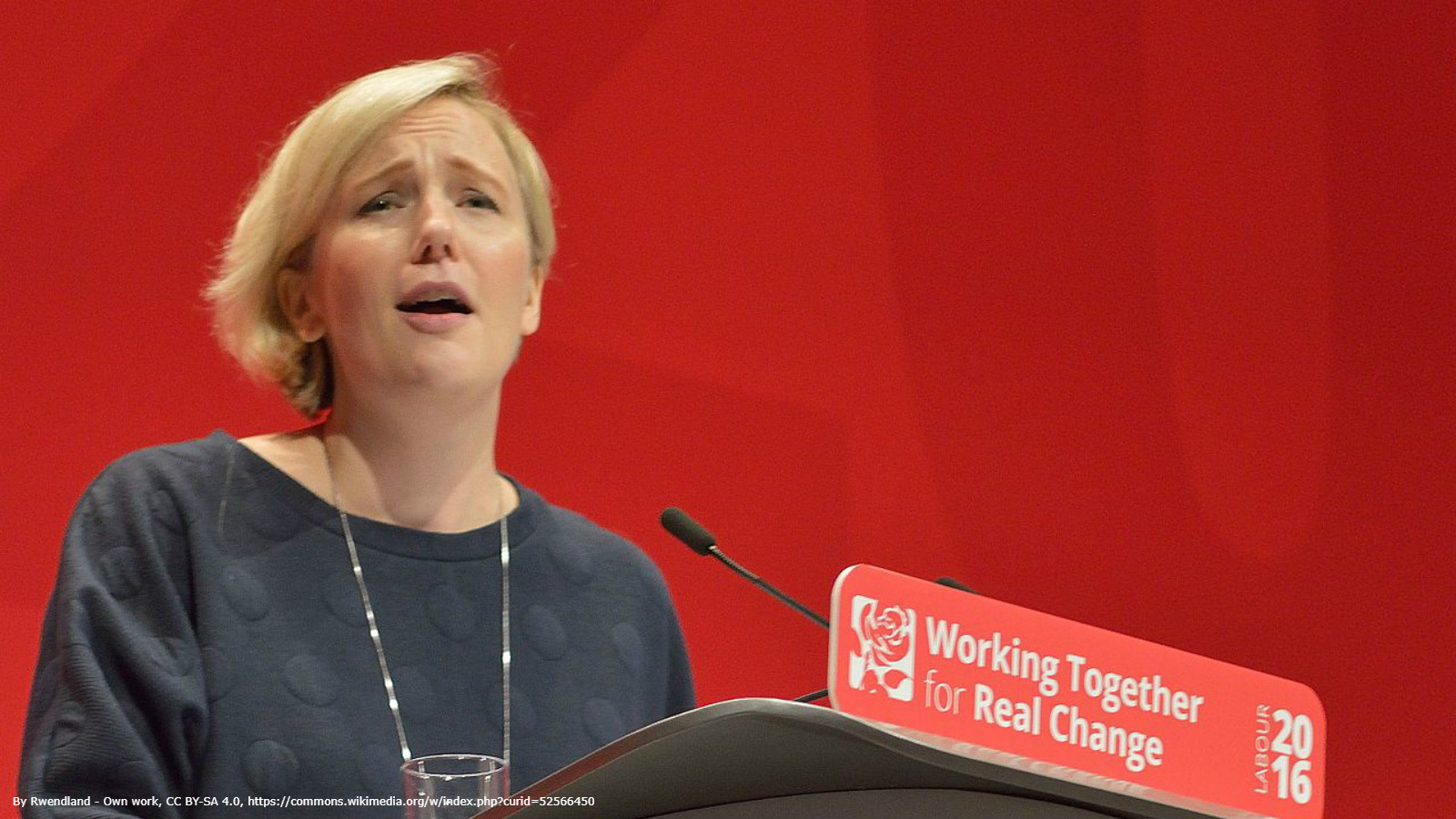 Last month Stella Creasy went public on her pregnancy and the decision she now has to make “between being an MP and a mum”: Parliament still doesn’t have a proper system for maternity leave.

She also shared her past experience of miscarriage. Just a day after she found out that her “baby’s heartbeat had stopped” she led a public meeting, and “scheduled the procedure to remove the body on a day [she] didn’t have a constituency advice surgery”.

Creasy is right to challenge a world in which women are “discriminated against because they can carry children”.

Nor is she wrong to call the unborn “babies” and “children”. This is not sentimental or manipulative language. The NHS calls it a “baby” from as early as 9 weeks into the pregnancy. In fact, it says that the baby is “fully formed” at 12 weeks. “All the organs…are well developed.” Those in the womb are not potential lives, they are lives with potential: as Creasy describes so poignantly, the “baby” had a “heartbeat”.

One of the reasons that pregnant women are deserving of double honour is that what they are carrying is so very precious: babies, children, our nation’s future.

Creasy’s point – the scientific reality – that the unborn are living human beings raises important questions about how we are treating pregnant mothers and their children right across the board, not just in terms of maternity leave. One very important area to consider is the medical care they receive when they encounter complications in their pregnancy.

Last year saw the UK’s first surgery on a baby in the womb with spina bifida. It was a resounding success. The decision to operate was based on research from the US that showed significant benefits to addressing the problem earlier on in the womb as opposed to after birth, and was carried out by a team of 30.

As the Secretary of State for Health has confirmed, anaesthetic is used on unborn children in such operations.

That so much should be invested with such great success in the care of one unborn child is good news for babies and mothers experiencing complications in their pregnancy.

60,000 babies are born prematurely every year in the UK and it continues to carry significant risks. However, neonatal mortality is dropping: more than 75% of those born at 25 weeks now survive. £2.9 billion a year is spent by the NHS on our highly sophisticated neonatal care.

Again this trajectory is good news.

Here the experience of care is much more mixed.

Some parents are given the emotional acknowledgement they so desperately need just after losing a child. Others are treated just as if they are having stomach cramps. We never had our child referred to as “biowaste”, but a nurse did ask my wife, rather dismissively, why she was crying just after we lost our baby. Other medical professionals were much more sensitive, saying and doing those few small things that mean so much.

There needs to be better guidance and training to direct consistently good practice across the medical profession in this area. The possibility of certificates acknowledging the deaths of babies before 24 weeks (whether in the womb or out of the womb) is welcome, as is the work of charities such as the Mariposa Trust who help grieving parents, and the increasing number of celebrities speaking out on their own experience of baby loss.

“Consistency” is the operative word in these issues.

Why are some women treated as grieving parents after miscarriage whilst others are treated as though they’ve just missed the hoop in basketball, and will they shoot again?

Why are women not treated the same as men in Parliament, asks Creasy, and why does Parliament not have the same maternity leave system as other workplaces?

But it’s in the realm of consistency that I actually begin to lose Creasy. She is absolutely right to call the unborn “babies” and “children”, and she is right that their mothers deserve respect, care, and opportunity. What I find confusing is when this same Stella Creasy advocates for the deliberate beheading, poisoning, dismembering, crushing, and disposal of these “babies” and “children”: 200,000 of them every year in our nation. And she actually wants more of this to happen.

Last year 1,856 babies were deliberately killed in the womb after 22 weeks, the stage at which the spina bifida operation also took place under anaesthetic. But these babies were not given anaesthetic. Most of them were injected with potassium chloride, a poison that burns its victims alive from the inside out and is so painful that the American Veterinary Medical Association prohibits its use in euthanising animals unless proper anaesthetic has been administered first.

Last year 15 babies were killed in the third trimester for having cleft palate, an extremely treatable condition. Essentially they were killed for not having the right kind of smile.

Last year saw widespread sex-selective abortions in the UK reported: babies killed because they were girls.

Stella Creasy, a self-acclaimed women’s rights champion, is expressly in support of this too. In 2015 she voted along with a majority against an amendment that would have clarified that sex-selective abortion was illegal. Who knows how many little girls have been killed – and mothers coerced into an abortion they didn’t want – because of her vote.

She is in support of all of this because she supports decriminalisation, which means abortion allowed for any or no reason.

Creasy is correct that the victims of this abuse are “babies” and “children”. What I can’t understand is how she calls this kind of child abuse a “human right”, and actually wants more of it. Poisoning small children for having conditions such as Downs Syndrome sounds more like a chilling sequel to Aktion T4. Beheading children for being the wrong sex sounds more like the kind of thing ISIS might do.

Abusing our own children is bad enough; trying to impose it through Westminster on Northern Ireland against the will of the Northern Irish people takes it to a whole new level. This kind of child abuse export is rather as if Auschwitz launched an international franchise, but it’s what Stella Creasy is actively campaigning for. Ironically, she wants to make provision for this at-will child abuse within the Domestic Abuse Bill.

In one of the most horrific mistreatment of a pregnant mother and unborn child in our recent history, an abortion activist judge ordered a 22-week fetus to be aborted against the will of the mother, who is mentally ill, and against the will of her mother, a former midwife, who offered herself to look after the baby. Thankfully the decision was overturned after public outcry, but not before doctors told the woman that she would go to sleep and when she woke up the “baby would no longer be in her tummy but she would get a new doll.”

I have a better idea: let’s give Stella Creasy and her child abuse comrades dolls they can tear apart, and let all the real children live.

We need you to urgently contact you MP and ask them to speak and vote against these amendments next week. Right To Life UK have set up an email function which you can use here.

UPDATE: 9th July 2019 - Stella Creasy won the vote 332 to 99 to have her large scale abortion plans included in the 3rd reading of the Northern Ireland Bill.