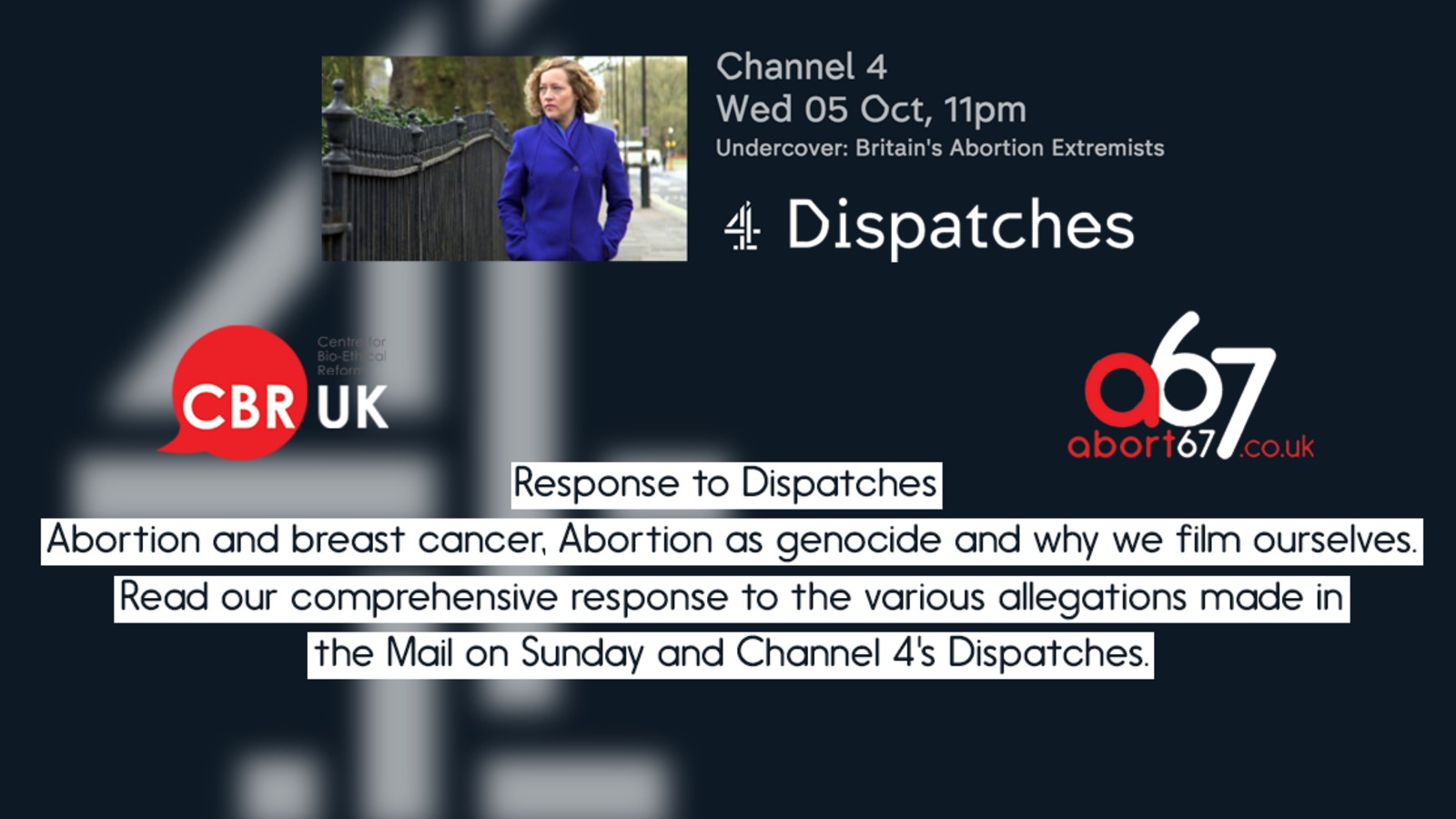 Channel 4 Television’s broadcast of a Dispatches news documentary scheduled to air Wednesday 5th October, 2016 and produced in collaboration with Hardcash Productions contains countless defamatory accusations levelled against the Centre for Bio-Ethical Reform UK (CBR UK) and echoed by The Mail on Sunday.

These accusations grossly mischaracterise CBR-UK’s consumer protection outreach (the Abort67 project) conducted outside UK abortion clinics. The project shows prospective clients outside the clinics what abortionists propose to do to the babies inside the clinics. It also makes prospective clients aware of abortion risk information that appears in peer reviewed clinical studies published in periodic literature of medicine – which studies are systematically concealed from consumers of abortion services.

This document refutes those allegations which could be rebutted in the unreasonably limited time Hardcash afforded us to reply to their written programme summary. Hardcash refused to interview us on camera, further limiting our ability to reply with an adequate response.

If you’re willing to spend an hour watching Dispatches smear CBR-UK, you have an ethical obligation to spend at least an hour reading CBR-UK’s rebuttal.