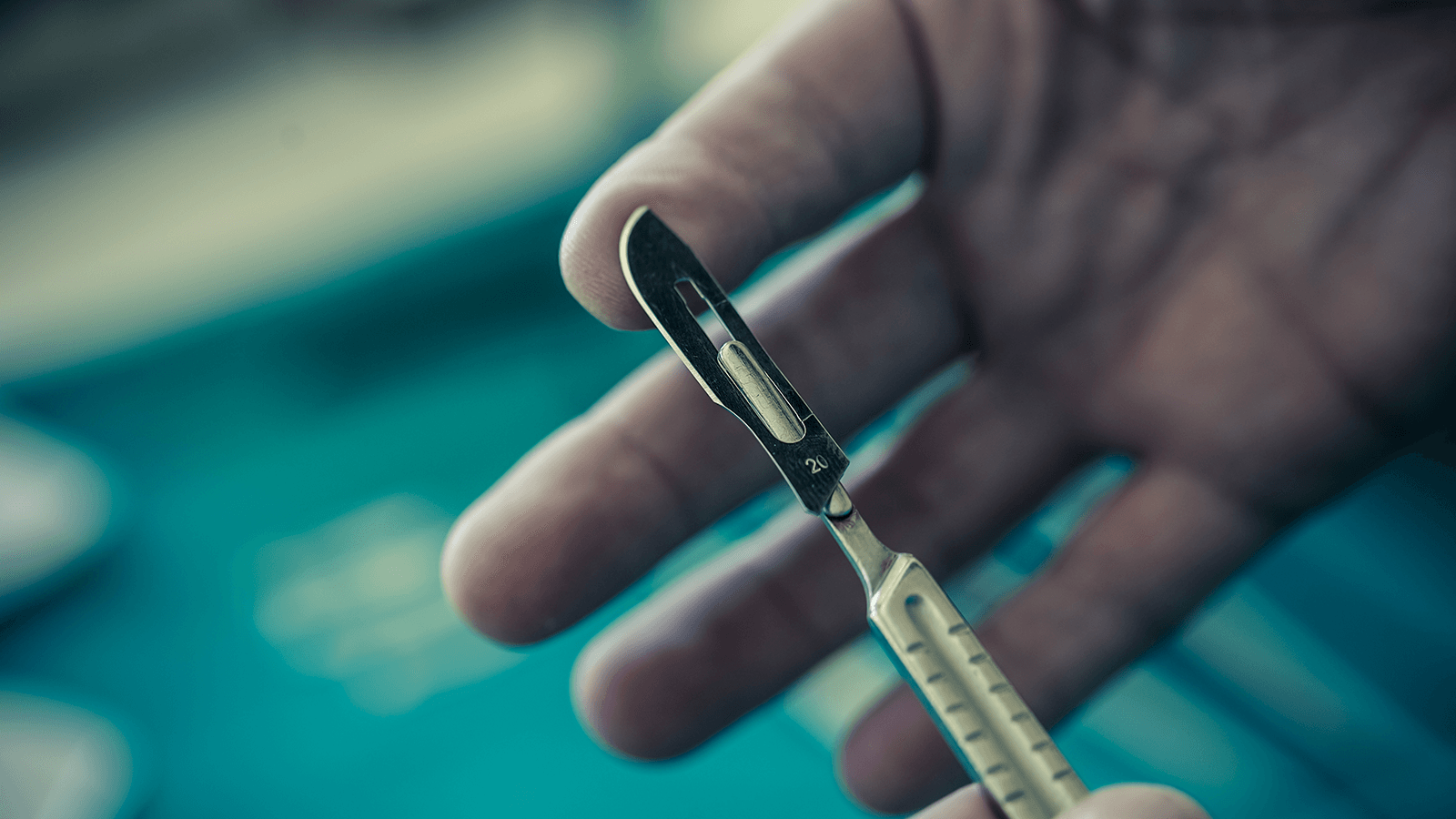 Johanna’s story is not an isolated case.

Karin* was just three months old** when her mother chose to take her to a clinic in 1962 to have her put to death by medical professionals. Both Karin and her mother were healthy. Karin’s mother knew they were going to kill her baby, but she had no inkling as to what they would do next. Instead of incinerating, burying, or throwing her little body away, they wrapped it in sterile green cloth and sent it to the Karolinska Institute in northwest Stockholm to be dissected and harvested for medical research.

Neither Karin nor her mother gave consent for her organs to be harvested in this way.

Karin didn’t consent to be killed either.

Her lung was sent to the USA and used to create the cell line WI-38.

She was the 32nd baby they used.

Alfred was 14 weeks old** when his mother chose to end his life. The justification for his killing was noted down by the doctors as “psychiatric reasons”. She was 27 years old and physically healthy. Moments after being delivered, Alfred’s chest was opened with a scalpel and his lungs removed. Before Alfred: Jeremy, Francesca, Barnabus and Evy all underwent a similar fate.

Alfred's lungs were used to create the MRC-5 cell line.

Zhang Wei, Wang Wei, Wang Fang, Li Wei, Wang Xiu, Li Xiu Ying, Li Na, Zhang Xiu Ying, and Liu Wei were all approximately the same age when they were killed in China in 2015. The method of their execution was exceptionally brutal: they were probably still alive when their oppressors started dissecting them, though some of them may have already died by suffocation.

They had done nothing wrong. They were only 2-4 months** old.

Delivered by “water bag” “abortion”, they were deliberately kept alive as close to dissection time as possible to ensure their organs were at optimal freshness.

In the end, only Zhang Xiu Ying was selected for the final product: her lung was used to create a cell line called WALVAX-2.

UNITED STATES OF AMERICA, 1964 to TODAY

WI-38 cell line, created out of the lungs of Karin from Sweden, wasn’t the only baby to be killed and dissected in this process.

During a rubella epidemic of 1964 in the US, abortionists and researchers also killed and harvested many more children in order to obtain a living rubella virus. 27 unborn babies were killed and harvested in order to isolate the RA273 virus (R=Rubella, A=Abortus, 27=27th fetus, 3=3rd experiment). Brad, Candice, Lincoln, Leroy, Clem, Hector, Joe and Violet were among them. A further 40 babies, yet to be named, were killed and their organs harvested after that.

Planned Parenthood, the main abortion provider in America, is known to sell organs of babies today for medical research. They alter the way in which they kill the babies so as to preserve the organs that are being requested.

Here in the UK, the Cardiff Fetal Tissue Bank and SWIFT tissue bank have been collecting “human fetal tissues from the tissue products resulting from elective termination of pregnancy ('abortions'). In the consent process, the purposes of…research programmes to develop new therapies for patients with degenerative brain diseases are fully explained, and the women are asked to donate their tissues [sic] to these research programmes."

We must not fail to acknowledge the huge number of victims of IVF: data collected in the UK over 21 years showed that 15 embryos were created per woman conceiving through IVF - a total of 3.5 million embryos. Of these, half were “discarded” (killed), whilst more than 800,000 were frozen indefinitely. More than 5,000 human beings were set aside for “scientific research”.

Far from being a thing of the past, an evil long ago from which we can safely appropriate benefit today without participation in or encouragement of that evil, organ harvesting from wrongly killed babies continues still today.

Organ harvesting from wrongly killed babies today is commonplace here and around the world.

The connection between the abortion industry and mainstream medical research globally is very strong.

*not their real names

**age from fertilisation, biologically the beginning of human life