Bpas Nominated For Charity Of The Year - Not Just A Bad Dream? 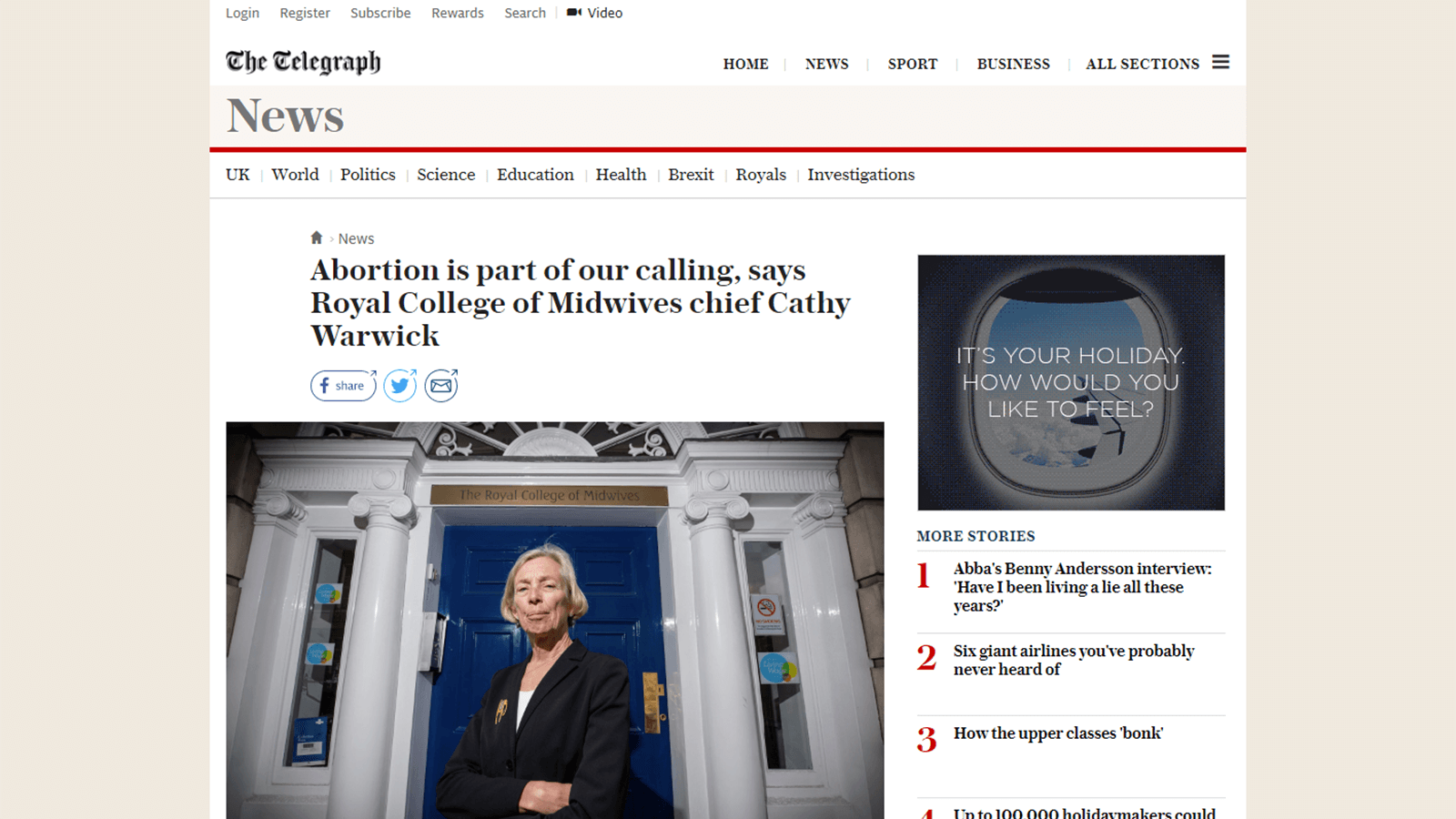 Just pinched myself to be sure this is not just a very bad dream. Or ‘fake news’:

Not a dream, not fake news, just bad news for all those who acknowledge that abortion is the intentional killing of an innocent human being and of course bad news for the 200,000 babies aborted each year in the UK.

Bpas are of course very excited and have produced a ‘meet the staff who made it possible’ video. You can find this on the Bpas Facebook page. If you watch it, you will see that midwives are central in the work of the Bpas ‘charity’, ending the lives of unborn babies. Note: that is midwives, midwives who are supposed to care for women and bring babies safely into the world not kill them. Would you trust yourself to a midwife who only valued your baby if it was wanted but was just as ready to kill a child in the womb of another woman, if that was her choice? Delivering babies on the labour ward one day and the next, aborting babies for Bpas?

Of course, this is really no surprise as Cathy Warwick, who has just retired from her role as President of the Royal College of Midwives (RCM) was simultaneously Chairman of the board of trustees of Bpas. Warwick believes strongly that a midwife’s role is not, as most people would imagine, to bring babies safely into the world but also to intentionally kill unborn babies by elective abortion. It is all about the perceived rights of women and the baby is incidental and disposable in her view. She made an executive decision to sign midwives up to an agreement to become actively involved in abortions without any consultation with them at all. There was an immediate backlash from the midwives she was supposed to represent and many signed a petition ‘Not in our name’. See the article below which is very enlightening.

Note the definition of midwife in the Merriam-Webster dictionary is:

Checking other sources, I have seen nothing that contradicts this definition: that both the woman and her baby are the responsibility of the midwife. She is equally responsible to both mother and child, to bring them safely through the process of childbirth. Nowhere do I read that the midwife’s role is to consider the baby as disposable.

The truncated definition of midwife ‘with woman’ is preferred by Warwick and Bpas et al as this conveniently fits their focus on ‘Women’s reproductive rights’ and makes the baby appear inconsequential. Truncating the definition, however, does not change the reality of the fact that the role of a midwife is to be with a woman in childbirth, to care for the mother and safely deliver her baby. Never to intentionally kill her child.

Bpas are responsible for the intentional killing of a large number of the circa 200,000 babies aborted in the UK every year, something which fills them with pride and that pride is bolstered by being nominated for charity of the year. Is that truly something to be proud of? How can the intentional killing of babies get even close to being nominated for a charitable award?