A Look at the Dark Side of Some Modern Day Feminists: Sisters Uncut 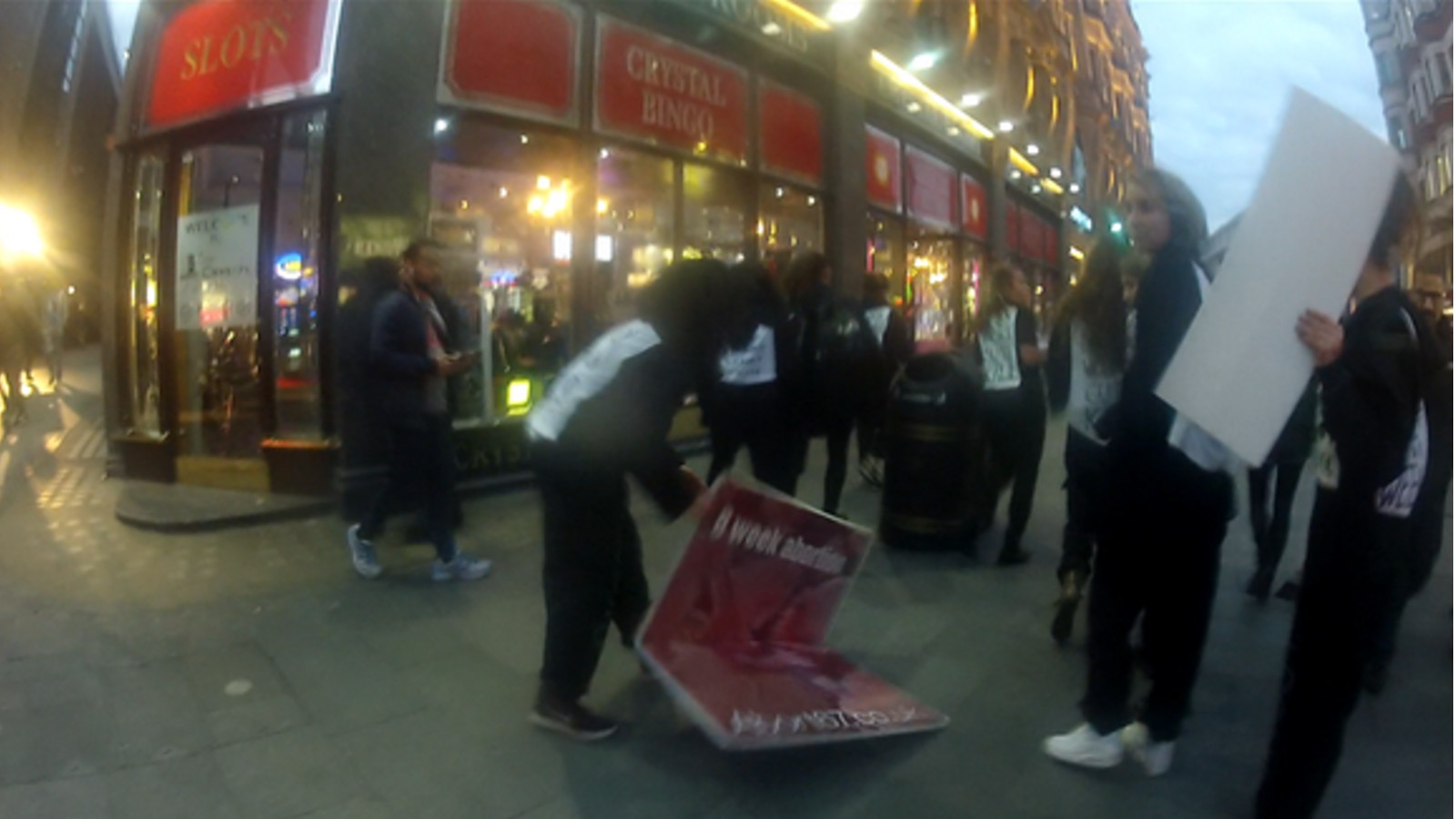 Wednesday 7th October saw the Premier of the film “Suffragette” in London. The proceedings were interrupted by a group of feminists: Sisters Uncut, who used the opportunity to protest domestic violence against women by setting off smoke flares and lying on the red carpet. The Daily Mail ran a feature on this protest in which two of the film’s stars are quoted:

“The film's British stars Carey Mulligan and Helena Bonham Carter said the protest, which the group said was inspired by the suffragettes, was the 'perfect response' to the movie's message.”

You can read the full article here.

It is to be noted that the first line in the Sisters Uncut Feministo states:

“We are Sisters Uncut. We stand united with all self-defining women who live under the threat of domestic violence, and those who experience violence in their daily lives.”

A small group of Abort67 volunteers (4 women and 2 men) had also taken the opportunity to attend the Suffragette Premier to highlight the fact that these pioneers, who fought for the rights of women, were firmly convicted in their pro-life position:

“When we consider that women are treated as property, it is degrading to women that we should treat our children as property to be disposed of as we see fit.” — Elizabeth Cady Stanton [Letter to Julia Ward Howe, October 16, 1873]

“Every woman knows that if she were free, she would never bear an unwished-for child, nor think of murdering one before its birth.” — Victoria Woodhull [Wheeling, West Virginia Evening Standard, November 17, 1875]

“Perhaps there will come a time when… an unmarried mother will not be despised because of her motherhood… and when the right of the unborn to be born will not be denied or interfered with.” -  Caroline Norton: early feminist, in Woodhull and Claflin’s Weekly (November 9, 1870).

The Sisters Uncut, protesting cuts in services for domestic violence victims were eventually removed from the red carpet. What the media failed to mention was that, as this group were on their way out of the square, they attacked Abort67's peaceful display.

The protesting women proceeded to violently attack the Pro-Life group. They forcibly wrenched signs, which stated the pro-life views of the original feminists, from their hands, causing an injury to a finger of one of the women volunteers. They stole some signs and damaged others. They threw the placards of aborted baby pictures on the ground and spat on them; the irony that these may have been females in utero seems to have eluded them.

These women protested violence against women, yet committed an act of violence that injured a woman who was simply taking a peaceful stand in defence of the right of unborn females and males to be protected from the violent act of abortion.