So, Just who exactly were the BMA speaking for today!? 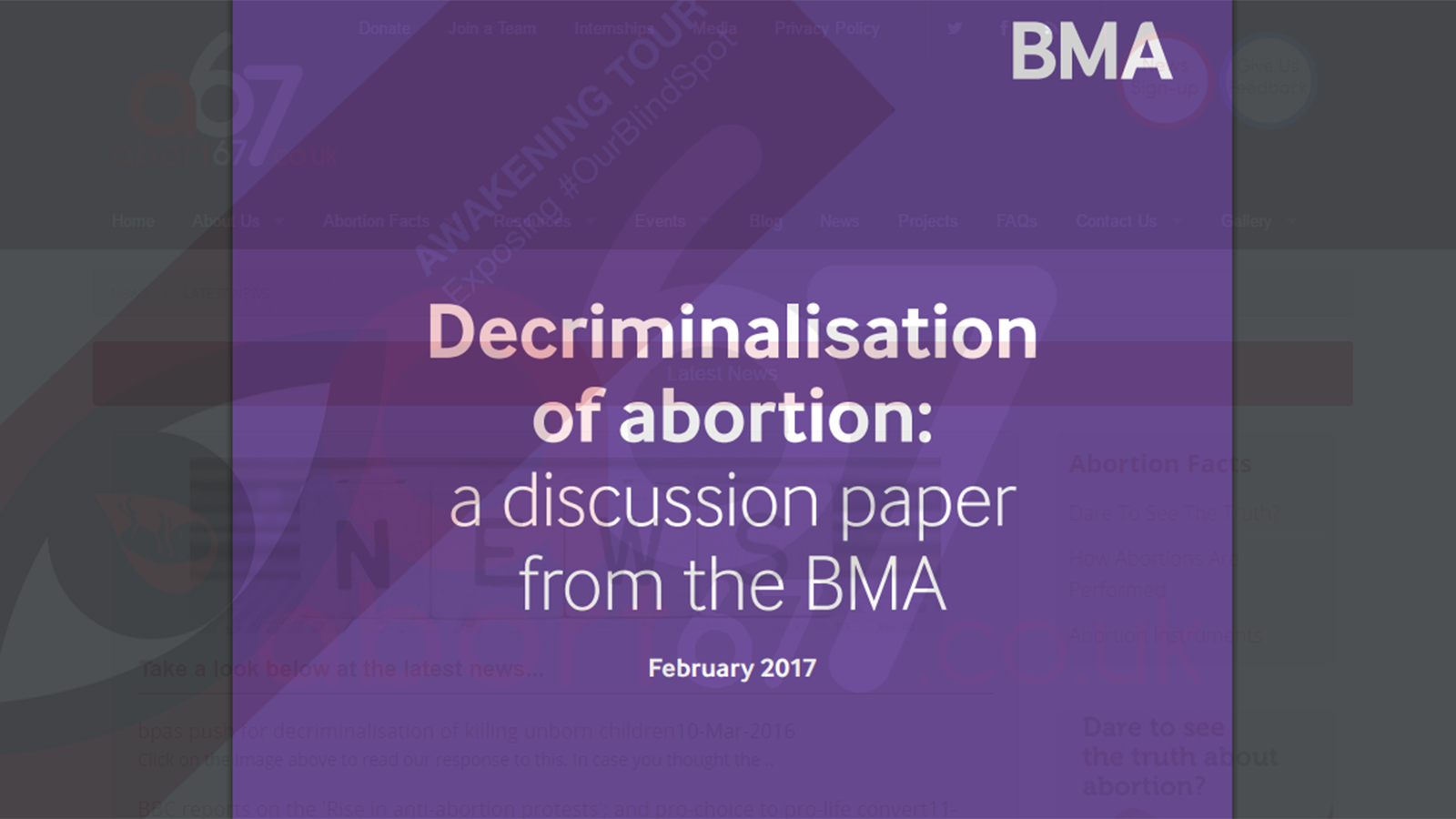 Today, June 27th 2017 saw the BMA (British Medical Association) spend just an hour to complete their fait accompli, voting point by point to decriminalise abortion.  In effect, this means abortion on demand with no reasons required. Dr John Chisholm, chairman of the BMA medical ethics committee stated that the motion was not about time limits, saying that the BMA supports current time limits on abortion.

Really? If the unborn human can be so disregarded by the BMA as having any human rights, specifically, the right to life by virtue of them being a member of the human race, why would we trust them?  As can be seen here, Dr Coral Jones, in presenting the motion completely ignores the fact that abortion kills someone else's body with her 'trust women' comment:

"We must respect women and have trust in women to make decisions for themselves and their families."

'Trust women'?  This is the name given to the Bpas campaign which has been relentless in its push to decriminalise abortion and it's CEO, Ann Furedi, appears to be its main driving force.  She has made it as plain as day what her ultimate goal is, as seen here from her statement in the London launch of this campaign:

"I want to be very, very clear and blunt ... there should be no upper limit."

The vote today was very clearly the result of the 'Trust Women' campaign, so, do you trust the BMA, the lackey of the Bpas et al to keep their word?  If they disregard the humanity and right to life of the unborn up to 24 weeks, why would they respect their right to life post 24 weeks?  It cannot even be the viability test they use as many babies now survive as early as 22 weeks, yet they did not even consider any reduction in that cut off point.  How can the unborn human be regarded as a patient to be monitored with all due care throughout pregnancy through to safe delivery when 'wanted' but as disposable tissue when 'unwanted'?  These are indeed utilitarian times in which we live.

So, apart from Bpas and their 'abortion right' allies, just who were the BMA speaking for today?

Just as the Royal College of Midwives voted for midwives to perform abortions, against the will of thousands of their members, who signed a petition saying 'Not in our name' so the BMA has ignored the deep concern of very many doctors over decriminalising abortion, in their vote today.

Only 1% of the public who were polled in the Where Do They Stand survey on this, wanted abortion on demand (which is what this vote means) the majority of people wanted to see tightening of abortion laws and a drop in the abortion time limit of 24 weeks, many wanting it reduced to 16 weeks or less. This is reflected in our discussions with people on our educational displays.

It seems obvious who the BMA are speaking for today.

What can I do after the BMA vote to Decriminalise abortion?