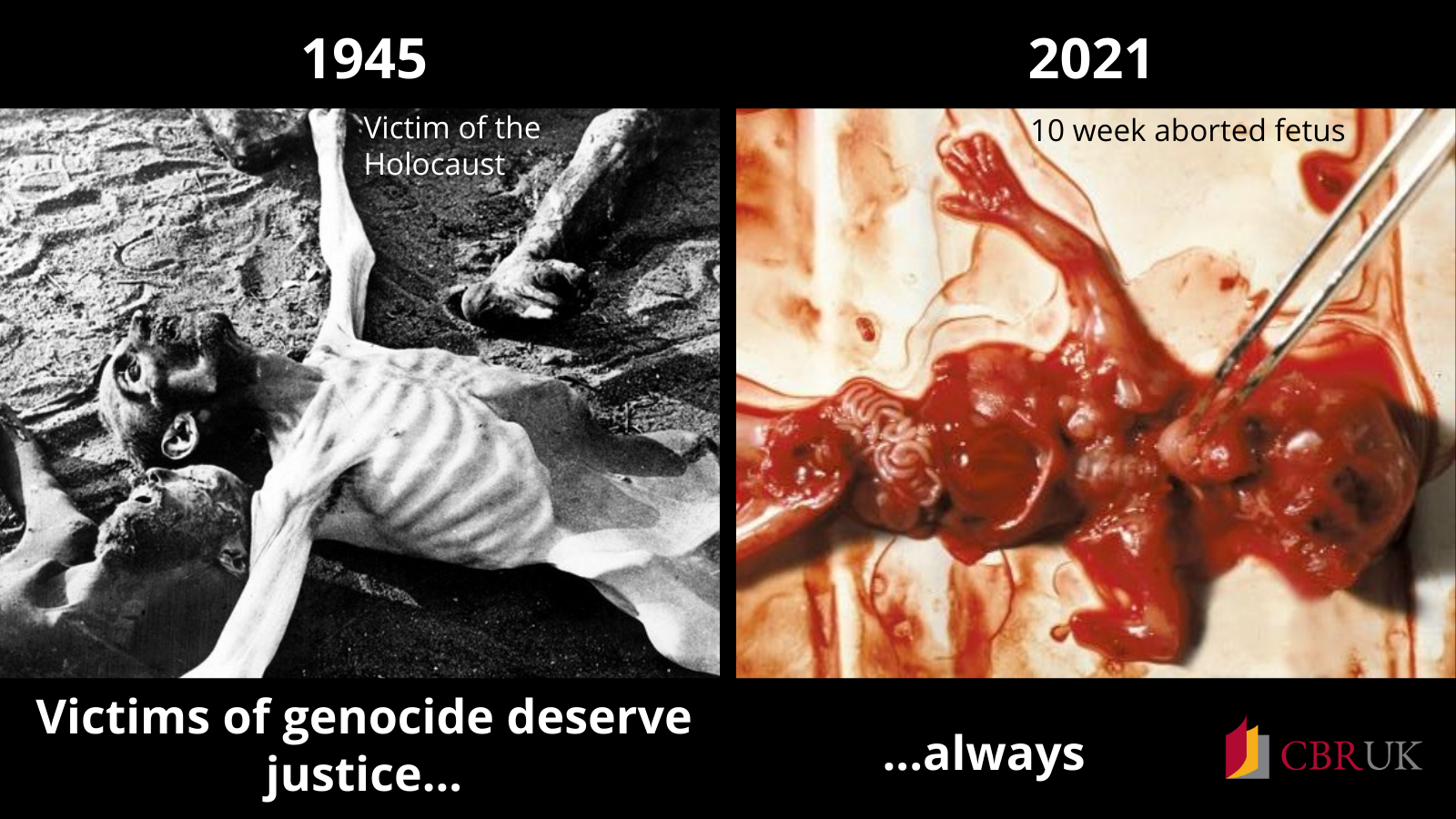 As a German school girl in the 1990s, I was faced with a very rough awakening when I learned about the Nazi holocaust and the fact that it originated from what I subconsciously perceived as a “peaceful, safe and just” homeland. The photographs, films and written records of the cruel, evil acts committed against millions of people have never stopped haunting me.

Yet I found that instead of running away from this reality and pretending it didn’t exist, the best thing I could do was to help shed light on the suffering of the victims and the horrific acts they were subjected to, so their plight might be on full display for all to see, and a reminder so similar acts of hate would never again flourish among the human family.

As I remember with great sorrow the 6 million Jews and millions of others who were intentionally killed by the Nazis and their complicit sympathisers, my mind cannot help but venture into our day, to a genocide that is happening globally all around us; a genocide that takes place in the darkness, behind the closed doors of abortion clinics, hospitals and in private bathrooms; the genocide of the most vulnerable members of the human family: unborn children.

Around 56 million babies a year never live to take their first breath on planet earth. Over 9.5 million have been destroyed in England and Wales alone since the 1967 Abortion Act. Let’s remember, what the Nazis did was not illegal in their day! Misinformation about the scientific, intrinsic humanity of the unborn plays a huge part. “Pro-choice” propaganda has led us to believe that the unborn are mere “clumps of cells” or “products of conception” which can simply be dismembered by a suction tube or flushed down the toilet. Due to this distortion of reality, we refuse to consider the unborn worthy of human treatment and celebrate the “mother’s right” when in fact we sign off legalised discrimination en masse as precious babies’ lives are destroyed and their mothers traumatised.

Denying our fellow human beings the most basic human rights - the right to life, safety of person and dignity - isn’t new, as we well know. Remembering and re-illuminating past injustices as we do for the Holocaust Memorial Day, keeps the memory of human lives lost alive and ascribes inherent dignity. However, it is also a call to action for our own day, a call to resist current distortions, discriminations and acts of injustice happening now.

We celebrate the memory of brave souls like Sophie Scholl, a German student, executed at the age of only 21, for revealing and publishing the true agenda of the Nazis - her memory calls out to us to be just as brave and brightly shining! We remember the many lives of those who were tortured, experimented on, gassed, shot - not by hiding their suffering but by gazing at it yet again - their memory compels us to take our place today to be rescuers, defenders and illuminators for the unborn!

Whether boldly or with fear and trembling, it is our responsibility now to shine a bright light to reveal violence and deception, fighting for the lives and protection of the unborn along with all others considering committing or having been affected by abortion.

I treasure the words my grandfather Kurt wrote into my poetry friendship album when I was in primary school: “It is better to light a candle than to curse the darkness.” (Confucius) We can choose to remain in the darkness, we can choose to look away. But I dare us to choose to be the light in the darkness! Some may hate us for exposing cruelty and lies, but we aren’t alone!  Isn’t this a price worth paying to save lives?

Light reveals what was previously unimaginable and inconceivable, but it also lights the path to truth, goodness and justice. Light, too, heals - we mustn't fear it!  Every single human’s life flame is worth protecting and defending. May this special day of remembrance resound in our hearts as a call to action, in the here and now.