Hancock’s DIY abortions and the abortion-vaccine link: Pro-life group to expose both at Freedom march this Saturday 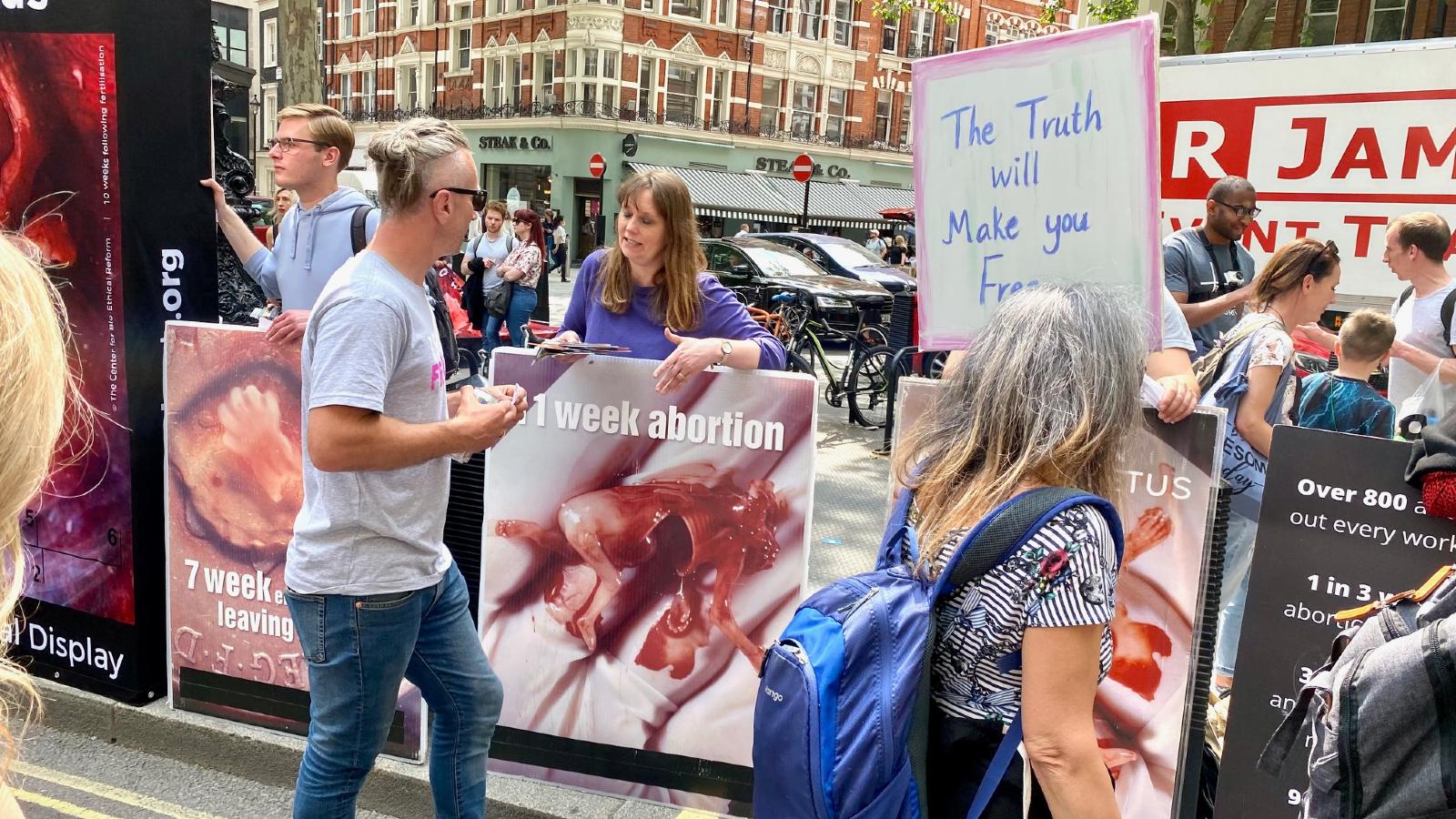 This Saturday tens of thousands will march for Freedom from Government lockdowns and other issues.

The two campaigns will be spread across seven 2m by 2m large banners. One display will graphically show the reality and dangers of DIY home abortions which were approved by Health Secretary, Matt Hancock. The second display will clarify the facts on the use of aborted fetal cells in the production of the Covid-19 vaccines.

On 30th March 2020, just one week after the Coronavirus bill passed, Matt Hancock approved the largest change to abortion measures since 1967, by allowing “the home of a pregnant woman” as a place where both abortion pills can be sent, and self-administered, after only a telephone consultation as short as 30 minutes.

The way these changes were implemented by the Government, was surrounded by confusion and u-turns as Hancock stated four times in Parliament on 24th March 2020 that there were no proposals to change the abortion rules/law:

“There are no proposals to change the abortion rules due to covid-19.”

(Hancock has generally abstained from voting on abortion in the past.)

Yet the changing of the place for a woman to have an abortion did exactly that - with no debate or consultation into the implications of these significant changes.

There is now pressure on the Government by the abortion lobby to have these temporary changes made permanent.

“I remember somehow getting to the toilet, it was unbearable the pain, and that’s when I passed my baby. I looked down and saw him, it wasn’t like a heavy period, it was like a baby. I must have flushed it down the toilet and I remember just falling to my knees”

For more evidence, including hospital and ambulance data, and testimonies of women, see website: https://www.careforwomen.co.uk/

A baby girl was aborted in the Netherlands in the 1970s and her kidney was harvested to create the cell line HEK 293.

This cell line was used in the production of all three Covid-19 vaccines currently available in the UK:

This fact is generally obfuscated by the mainstream media, who give the impression that any abortion connection is a myth or conspiracy theory.

Organ harvesting of babies killed by abortion, is not just something from the past - it is still happening today. Some of these babies are dissected alive, without anaesthetic, to preserve their organs.

Centre for Bio-Ethical Reform (CBR UK) are working to challenge views on abortion. A major part of their work includes Public Education Displays to educate on the humanity and value of unborn children, expose abortion and offer hope to those affected.

“Having accidentally held a public education display on the same day as a Freedom march last month, we found the people on the march, from all walks of life, to be very open to the message we were sharing of defending innocent lives. So we are looking forward to going back with these two strong messages raising awareness of firstly Hancock’s dangerous DIY home abortion measures which have bought pain and suffering to thousands of households. Then secondly, how the government and mainstream media have deliberately masked the fact that an aborted fetal cell line - HEK 293 WAS used in the production of ALL three Covid-19 vaccines being pushed in the UK. The people deserve to know the facts.”

“DIY Home abortions: These dangerous changes to abortion measures were brought in deceitfully by the back door. With no debate or consultation into the implications of this for women, their babies and society. The Health Secretary has done the opposite to what he explicitly said four times, that he would not do. Matt Hancock either lied in Parliament or gave into pressure from the abortion lobby.”

“By turning a woman’s toilet into an abortion facility, women’s mental and physical health are being seriously put at risk and the lives of around 75,000 babies have been literally flushed away into our sewers. It is time for the public and ministers to see this horrific reality of “home abortions”.  If Hancock truly wants to protect the NHS and save lives, it’s time for him to overturn these dangerous measures immediately.”