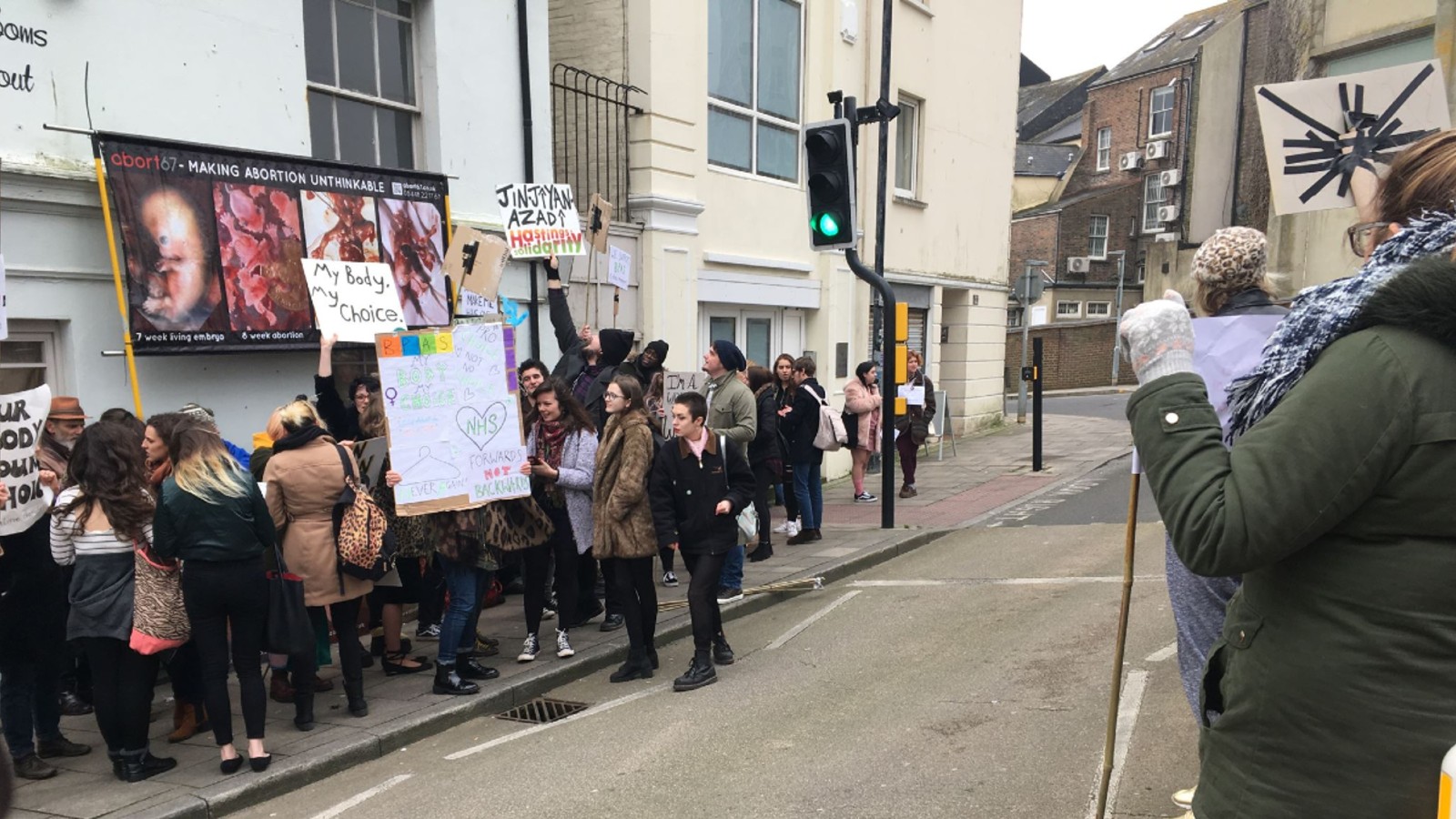 Why is a Group of Socialists and Students Trying to Shut Down Activist Group?

The anti-abortion group Abort67 is coming to Leeds this week, where they will display large graphic abortion banners in the public square as part of their national ‘Awakening Tour’. They will set up on public land near to the entrance of Leeds University.

A Facebook event ‘No to anti-abortion protests in Leeds’ has been set up in direct opposition to the Awakening Tour, stating:

This opposition group have attracted a lot of interest in their event and are planning to assemble with banners to counter the public education display organised by Abort67. An admin for the pro-abortion protest has commented that:

“There will be speeches and chanting to outshadow them [the anti-abortion group].” The admin added, “Wherever these people decide to meet, wherever they think they can spout their hateful ideas they should be met with absolute intolerance”.

The police have been made aware of the planned protests against the work of Abort67.

A Hostile Environment for Free Speech

Protests that are organised to silence disfavoured speech reveal a deeply disturbing trend amongst university students. Just last month the Government announced that universities must uphold free speech and clamp down on student unions that use “no platforming” and “safe spaces” to turn away controversial speakers. Spiked annual free speech university ranking awarded the University of Leeds and the Leeds University Union a red ranking for the third year running, claiming it creates “a hostile environment for free speech”.

“Abortion advocates are becoming increasingly aware of anti-abortion activity and have been frantically trying to shut down the voice of all those who oppose them. The very nature of our work however, encourages debate, so we welcome discussion with those who disagree with us. The abortion industry has been left unchallenged for too long, hiding the reality of abortion and its tragic effects on both the unborn child and the mother. When we hold up an image of an aborted dismembered baby - abortion protests itself”.

Hacking contacted the organiser of the opposing event to ask if they would like to have a public debate, he had the following response:

“There is really nothing to debate….Your ideas force people into the dark, I won’t be giving them any platform”.