Initially enthusiastic, the riders quickly came face-to-face with brutal racism as both black and white activists were viciously attacked as they attempted to enter a whites-only waiting area in a bus terminal. Unfortunately, this incident was only the beginning in the long ride to freedom. On May 14, 1961, an angry mob of hundreds of Ku Klux Klan (KKK) members surrounded the bus, firebombed it and brutally beat the occupants, both activists and other passengers. Time and again, police and government officials refused to protect the Freedom Riders and in some instances were in league with the KKK. 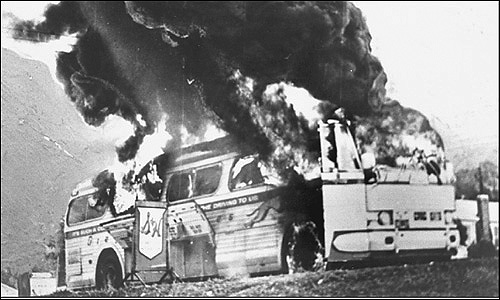 Photos of the burned out bus and beaten riders were published internationally. Many white Americans were previously blind to the brutality of racism but were shocked out of their apathy by the graphic images of injustice. President Kennedy and his brother, U.S. Attorney General Robert Kennedy, were among those whose consciences were pricked by the photos. At a time when the existential nuclear threat consumed the President's attention, a group of driven students seized the national spotlight. How did they do this? By visually exposing the graphic brutality of racism for all to see. 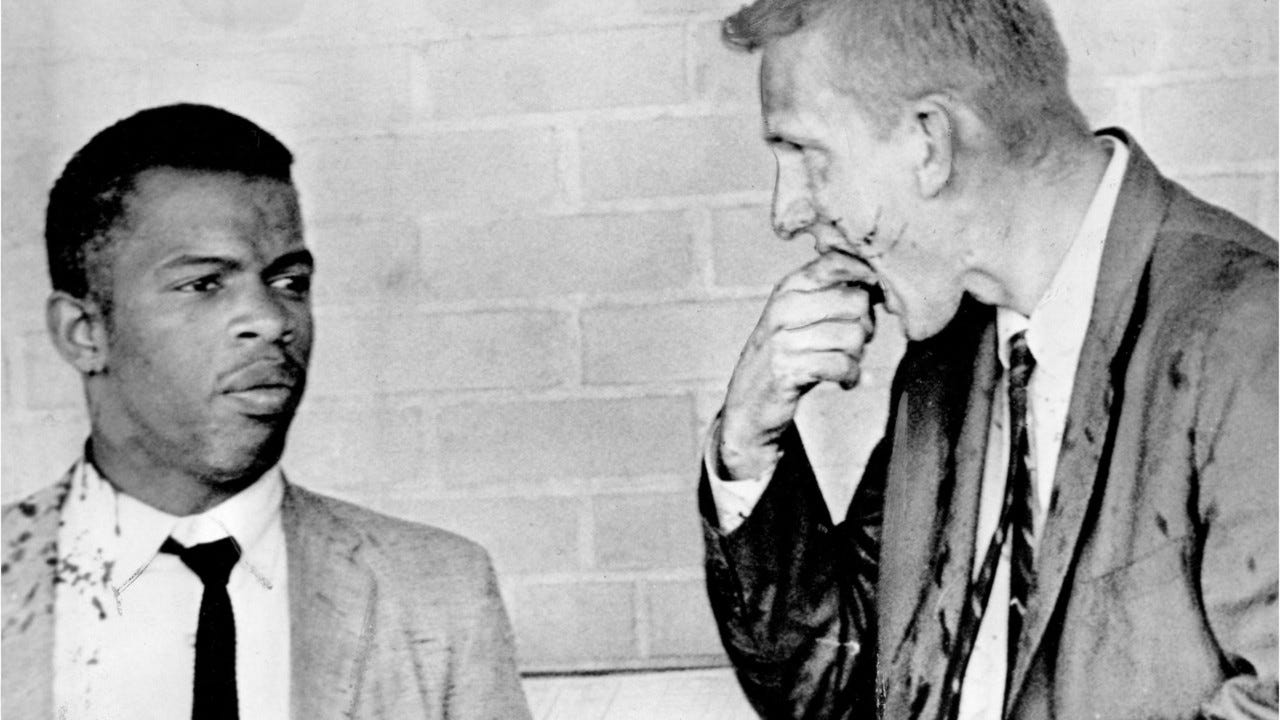 After their peaceful protest was met with extreme violence, other groups of Freedom Riders made the perilous journey into the American South. The campaign climaxed on May 21st 1961 when Civil Rights leaders including the Freedom Riders and Dr Martin Luther King, and 1500 worshipping Christians were besieged inside a church in Montgomery, Alabama by a violent mob. After hours of negotiation and personal intervention by the US President and the National Guard, the mob was dispersed. The courage of the Freedom Riders ultimately ended discrimination in interstate travel on September 23rd 1961, a key milestone in the road to the Civil Rights Acts passed a few years later.

The legacy of the Freedom Riders lives on and inspires us to stand against evil no matter the personal cost. In the words of John Lewis, “I know that education is important and I hope to get one. But at this time, human dignity is the most important thing in my life, that justice and freedom might come to the deep south”.

What price are you prepared to pay for the end of the abortion genocide in our nation? Abortion is an injustice hidden behind euphemisms, lies and closed doors and therefore needs to be exposed, just like racism had to be exposed. How can this be done? By using abortion victim photography; images and videos of those brutally killed by the abortion industry, and showing these images to the public.

Will you be courageous and stand with us against the abortion genocide, no matter the sacrifice? Join the Movement today.